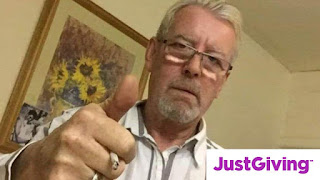 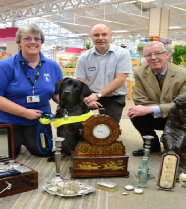 His website still exists and is an interesting insight into how Brighton Knocker Boys have evolved with the internet and shows their spiel to lure in people.
http://dixonsfineart.co.uk/

Interesting story about Tony "Fingers" Wadey. I was working with him in Manchester 1985 and he bought an Oyster Walnut Grandfather clock, with 10 inch dial, silver chapter ring and eight inch case, attributed to Joseph Knibbs.
He said he paid £700 for it but it later transpired he only paid £200 and trousered, (binned out) the other £500.

However, the collector who bought the clock had it resigned and it would be worth several hundred thousand pounds today.

Another story, In 1985 Tony Fingers Wadey bought a Georgian sofa table with a makers label inside one of the drawers, I bought it out for £2,500, then sold it at auction for £25,000. 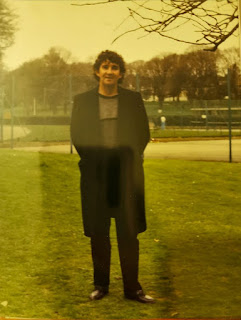 Micky Mccraken passed recently away in Thailand.
He was a successful Brighton Knocker Boy for many years. 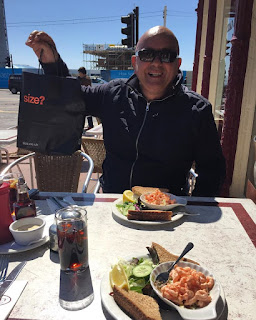 Brian Groves, above, committed a buglary and sold the parcel of stolen art and antiques to Micky Mccraken for £11,000. The stolen art included a painting by Joseph Vernet and the burglary hit the headlines in the newspaper. Micky Mccraken was so freaked out he demanded Brian Groves take it all back free of charge lol. Brian Groves duly did and sold it elsewhere, which is whole different tale.
Posted by Art Hostage at 9:19 pm

Wadey,
I am not sure what language that is, but it's certainly not English