When Recovery with Reward is Unlawful !! 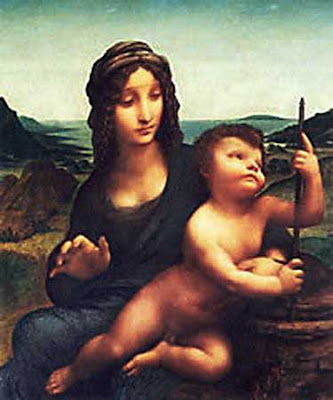 THE gang who stole a £50million masterpiece from a Scottish castle can never cash in on it, says a former FBI agent and art expert.

Thomas McShane told the thieves it would be best to leave the Leonardo Da Vinci painting in a railway luggage locker and tip off police.

The Madonna And The Yarnwinder was pinched in 2003 from Drumlanrig Castle, Dumfriesshire - home of the Duke of Buccleuch - by a four-man gang.

But Thomas, who has recovered more than £450million of stolen art during his career, reckons it was an opportunist theft.

He said: "What they have is the equivalent of the Mona Lisa and they are never going to get rid of it. It will show up eventually."

And Thomas hit out at the lack of security at the castle.


He said: "What bank can you walk into in Scotland and see £50million on the wall with a tour guide protecting it? "We have to wake up.


"What you had with the Da Vinci was a £50million artwork saying, 'Takeme, take me' and they took it. It is such a shame."


The theft is number seven on the FBI's top 10 art crimes.


One of the robbers told witnesses the raid was a police training exercise.


The gang fled in a white Volkswagen Golf, later found abandoned near the castle.


It is thought the thieves then used a black BMW to escape.


And Thomas, 63, believes photos taken by a tourist couple at the time could be invaluable.


He said: "You are so lucky to have those people from New Zealand who were there with their cameras and took pictures.


"Those pictures should be plastered on billboards all over the country together with the £1million reward."


Thomas, who has just published his memoirs Loot: Inside The World Of Stolen Art, worked as an undercover agent for 36 years and assumed several aliases to trick thieves into parting with their stolen treasures.

Under the 2002 Proceeds of Crime legislation, it is an offence to pay a reward, monetary or other wise, unless there is a written authorisation, given to the payer of the reward, as well as a copy to the receiver of the reward, from Law Enforcement.

To pay a reward without the express permission of Law Enforcement breaks the 2002 Proceeds of Crime Act and will lead to the prosecution of those paying the reward as well as those who receive the reward.

Anyone thinking they can secretly pay a reward and make a recovery is aware that they run the risk of breaking the law without the elusive "Comfort Letter" from Police/Law Enforcement.

What it will take to obtain the Police/Law Enforcement "Comfort Letter" is the $64,000 dollar question???

Vernon Rapley, Head of the ever decreasing Scotland Yard Art and Antiques Unit, is adamant that;

"if the Madonna is recovered without arrests, anonymously, and done in a clandestine manner, I will only authorise a reward 0f £50 pounds, and arrest anyone involved in breaking the 2002 Proceeds of crime Act"

So, there we are folks, a legal minefield that will explode in your face if any recovery is done without the "Comfort Letter"
Posted by Art Hostage at 3:29 pm