The ex-wife whose £48 million divorce settlement was upheld by the Court of Appeal last week is now offering £10,000 to catch the robber who broke into her home.

But Beverley Charman will not have to dip into her record settlement to find the reward money her insurance company is stumping up the cash.

The reward has been offered after Mrs Charman, 54, was left traumatised after a balaclava-clad gunman broke in to her £3 million home in Sevenoaks, Kent, and tied her up at gunpoint before fleeing with £700,000-worth of goods. 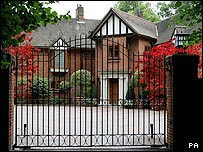 Aside from taking one of her cars for the getaway during the robbery in March, the raider took £300,000 of jewellery and about £350,000 of furniture. Police believe that he must have had at least one accomplice working with him.

Mrs Charman was discovered 20 minutes after the robbery, still tied up, when one of her grown-up sons returned to the eight-bedroom, detached house.

Detectives believe that the robber, who forced Mrs Charman to open her safe at gunpoint, mounted the operation following the extensive media coverage of the initial divorce hearing in the High Court last year.

The TV and newspaper coverage included many pictures of the luxury house, the former marital home of Mrs Charman and her ex-husband John, 54, the Axa insurance chief who now lives in Bermuda.

Police are hoping that the reward for the capture of the robber will boost an inquiry that is currently stalled.

"We are renewing our appeal for information about a burglary that happened in Wildernesse Avenue, Sevenoaks, on Friday, March 9, following the announcement that a reward is being offered in connection with the incident.

"During the burglary, a man went into the home of Mrs Beverley Charman, threatened her with a firearm and stole a quantity of jewellery and other goods. Mrs Charman was unhurt but very shaken by what happened."

The gunman was described as white, aged 18 to 26 and wearing dark clothing. To enter the premises, he breached a 12 foot-high perimeter wall, avoided numerous CCTV cameras around the grounds and circumvented a sophisticated alarm system.

A spokesman for the insurers said: "Mrs Charman underwent a frightening ordeal which involved being threatened with a firearm in her own home. Aggravated burglary is a particularly nasty crime and it can leave a lasting effect on the victim.

"We are keen to assist the police in catching the person responsible for this crime. Knowing that this man has been apprehended would provide some comfort to Mrs Charman, and may prevent this happening to another innocent householder."

The Charmans split up in 2003 after 28 years of marriage.

Mr Charman, whose wife was described as "a housewife" in court papers although she also sits as a JP, has branded the £48 million divorce settlement as "grotesque and unfair" and hopes to appeal the award to the House of Lords. 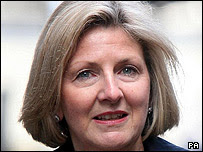 A £10,000 reward has been offered for information leading to the conviction of a gunman who robbed a Kent woman awarded a £48m divorce settlement.
Beverley Charman was tied up by a man wearing a balaclava at her £2.75m home in Sevenoaks, and robbed of her jewels.

Mrs Charman, 53, was shaken, but unhurt, after the robbery on 9 March.

Kent Police have renewed their appeal for information about the burglary following the announcement of the reward by insurers for Mrs Charman.

Jewellery worth several hundred thousand pounds was taken from her house, which is on a private road surrounded by high walls and electric gates.

Mrs Charman, who is the ex-wife of insurance magnate John Charman, was alone in the house when the man broke in and threatened her with what could have been an imitation gun or a BB gun.

The robber was described as white, aged 18 to 26 years old, and wearing dark clothing.

A spokesman for Mrs Charman's insurance company said the ordeal had been very frightening for her.

"Insurers are keen to assist the police in catching the person responsible for this crime.

"Knowing that this man has been apprehended would provide some comfort to Mrs Charman, and may prevent this happening to another innocent householder," he said.

Last year, Mrs Charman was awarded £48m in what was thought to be the biggest divorce settlement in Britain's legal history. 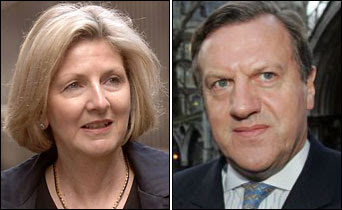 A mother insisted yesterday that her record-breaking £48 million divorce settlement was a "fair reflection" of her contribution to the marriage.

Beverly Charman spoke out after the Court of Appeal upheld the award, the largest in British legal history, in the face of a challenge by her ex-husband, John Charman.

After the hearing in London, Mrs Charman acknowledged that the payment was "huge by any standards".

But she said in a statement: "The Court of Appeal has decided that it fairly reflects the contributions made by John and me during our 28-year marriage."

Mrs Charman, a magistrate who lives in the £3 million, former marital home in Sevenoaks, Kent, added: "I am relieved that the appeal is over and I hope that John and I can now concentrate on building our new lives."

But Mr Charman, a self-made millionaire who now lives in Bermuda, promised that he would take his fight to the House of Lords to stop his former wife getting such a "grotesque and unfair" slice of his £130 million-plus fortune. Mr Charman, the head of the Axis Capital Holdings, a Bermuda -based insurance group, believes that she could get by on £20 million.

"My offer to my former wife was an enormous sum, which is accepted to far exceed anything she might need," said Mr Charman, who had argued in the High Court last year that a £68 million family trust should not be included in his assets.

"She can live off the interest for the rest of her life without even touching the capital," he added.

"Why is it right that I should have to destabilise my business and career to provide her with a great deal more money?"

Mr and Mrs Charman met in 1970 when they were both teenagers in the sixth forms of their schools in Rochester, Kent. A year later Mr Charman started work as an unqualified junior clerk in an underwriting agency at Lloyd's of London. They married in 1976, when they had no assets.

By last year, their wealth amounted to £131 million, plus approximately £30 million held in a separate trust for their sons, aged 24 and 20.

Although Mr Charman was refused permission to appeal yesterday's ruling to the Lords, he vowed to ask the law lords themselves for leave.

Giving judgment yesterday, the judges said: "It would have been a shameful emasculation of the court's duty to be fair if the assets which the husband built up in [the £68 million family trust] during the marriage had not been attributed to him."

Mrs Charman's lawyers had conceded that her husband's "extraordinary" success in business meant that she could not claim more than 45 per cent of his assets. But she challenged his argument that she was entitled to little more than 15 per cent.

In the event, a High Court judge awarded her 36.5 per cent last year.

That decision was upheld yesterday by Sir Mark Potter, president of the Family Division, sitting with Lord Justice Thorpe and Lord Justice Wilson.

But Mr Charman described English family law as a mess. "It is muddled, incomprehensible and lags behind that in most other countries," he said. "With every big money case which comes before the courts at the moment, different rules seem to be applied - depending on the judges involved.

"The presumption of sharing and equality may well be entirely right for those of more ordinary means or where both parties have worked throughout the marriage and contributed to it.

"Different rules are needed where all the extraordinary assets are earned by one of the couple, allowing the other simply to wait to claim an enormous proportion of it on divorce without contributing materially to the acquisition of that wealth at all."

Comments have been removed and Art Hostage would like to offer sincere apologies if any offence was caused.
Request to remove comments recieved from Blogger Team 2.22 EST 21 June 2007 removed straight away.
Anyone with information on this crime is urged to contact your local Police station.
Posted by Art Hostage at 7:30 pm