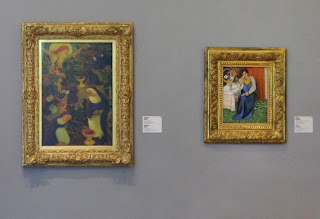 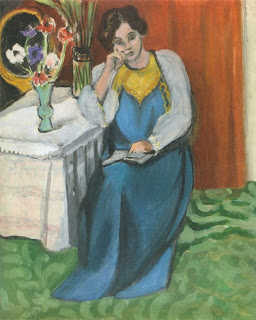 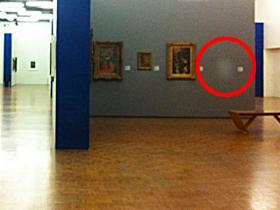 Monet and Picasso among Seven works stolen from Dutch museum

Police in the Netherlands said the works were taken from the Kunsthal Museum early on Tuesday morning.
The museum is showing works from the Triton Foundation as part of its 20th anniversary celebrations.
The Triton Foundation is a collection of avant-garde art put together by multimillionaire Willem Cordia, an investor and businessman who died last year.

The paintings include Monet's Waterloo Bridge, Picasso's Tete d'Arlequin, Matisse's La Liseuse en Blanc et Jaune and Freud's Woman with Eyes Closed.
Museum spokeswoman Patricia Wessels told the AFP news agency that police were alerted during the night when the alarm went off but that the thief, or thieves, had left the premises by the time police arrived.
Dutch police said the robbery took place at around 03.00 AM (01.00 GMT).
The other stolen paintings are Monet's Charing Cross Bridge, Gaugin's Femme Devant une Fenetre Ouverte, dite La Fiancee and Meyer de Hann's Autoportrait.
"An initial investigation suggests that the robbery was well prepared," a police statement read.
Police are now reviewing videotape footage and calling on any witnesses to come forward.

In a statement, the museum's chairman Willem van Hassel said the museum would be closed on Tuesday.
The Triton Foundation is a collection of avant-garde art and the Kunsthal exhibition was showing its works by more than 150 famed artists, including Paul Cezanne, Salvador Dali, Roy Lichtenstein and Andy Warhol.
Although some of the foundation's works have been on public display in the past, the current exhibition at the Kunsthal was the first time the entire collection had been shown together.
The Kunsthal museum, which means "art gallery" in Dutch, is a display space that has no permanent collection of its own.

A spokeswoman for detectives on the case, Willemieke Romijn, said Wednesday they have some 15 tips from the public, following a late-night, nationally televised appeal for witnesses to the theft from the Kunsthal gallery of works by celebrated artists including Pablo Picasso, Claude Monet and Henri Matisse.
Romijn tells The Associated Press detectives also are studying video surveillance images of the night of the break-in.
Police on Tuesday focused their attention on a rear door that thieves most likely used to get into the gallery before snatching the paintings.

Thieves who stole seven paintings from a Rotterdam museum took advantage of an automatic door-unlocking system, the museum has acknowledged.
The Kunsthal museum was responding to criticism after thieves broke in last week and grabbed works worth millions by Picasso, Matisse and Monet, among others.
The museum said in a statement Monday it uses an electronic locking system that is activated after an alarm is triggered, but deactivates again shortly afterward for safety reasons. The thieves waited until the electronic system deactivated, broke a physical lock on an emergency door, and were in and out in less than two minutes. Police arrived in five.
Spokesman Olivier Morot said he couldn't comment further. Police are still analyzing tips and clues in the Oct. 16 heist and have no suspects.

The  heist of paintings including a Picasso and Monets from a Dutch museum could be linked to the seizure of eight tonnes of cocaine in Belgium days earlier, a security expert said.
"A senior police officer called me with the theory that the theft was linked to drug trafficking," Ton Cremers, a former head of security at the world-famous Rijksmuseum in Amsterdam, told AFP.
The paintings, worth between 50 million and 200 million euros according to different estimates, may have been taken to repay an underworld debt resulting from the seizure of the massive amount of cocaine in Antwerp just four days earlier.
"It's just a theory," said Cremers, now a museum security consultant, but "the possibility is great."
"In 20 years of this job I have observed very close links between art and drug trafficking," he said.
Cremers declined to say what nationality the police source was, except that it was neither Dutch nor Belgian.
The cocaine seized in the Belgian port city of Antwerp had a street value of 500 million euros ($650 million), one of the biggest hauls ever made in Europe.
Detectives followed the suspected traffickers across the border to Rotterdam where a Belgian trucker was arrested along with four Dutch men. 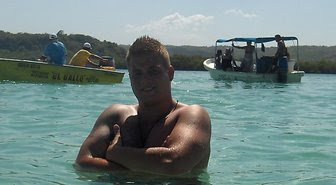 Rob Meeson, above, in the frame !!

Art Hostage has been told by an Underworld source the frames may be close by, discarded as they may have tracker devices attached. The vehicle used, possibly a van may have been abandoned without it being torched, so clues could still be available.
More to follow..................

(1) Triton Seven Held (Art) Hostage for release of Jailed Pink Panther members and revenge for the sting that saw Paul Cezanne stolen from Buhrle Collection recovered in Belgrade Serbia earlier this year. The Triton Seven used as get out of Jail free card.

(2) Members of Corsican mafia, Brise de Mer, the Valinco gang, the Venzolasca gang, and the Corsican mob of Marseille.

(4) Rathkeale Rovers, Irish Travellers responsible for Rhino Thefts across Europe may have hit Rotterdam, Kunsthal Museum. They are allegedly affiliated to the two Irish men arrested in Switzerland with e120,000 in fakes notes with a Polish driver and also affiliated to thieves who robbed the Fitzwilliam Museum in the UK of 18 pieces of Chinese Jade.

(5) Whilst pursuing the Triton art stolen from the Rotterdam, Kunsthal Museum, Police may come across a stolen Tamara de Lempicka taken some time ago sources reveal. 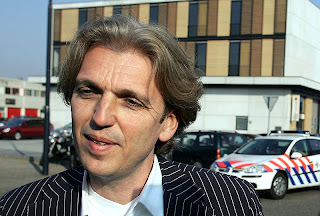 (6) Lawyer Arthur Van der Biezen, above, could possibly help recover the Triton stolen art but was arrested last time he organized the recovery of some previously stolen artworks in Holland back in September 2008, when a group of stolen paintings taken from The Frans Hals Museum, including Jan Steen's "The Quack" were recovered by Police in a sting operation. Arthur Van der Biezen was arrested but charges were later dropped. He was at the time the lawyer for Underworld Godfather Willem Holleeder. However, this experience had left Arthur Van der Biezen bitter and he has refused so far to talk about, or even speculate if he could help recover the Triton Seven.

(7) Thieves who were caught with the stolen Frans Hals "Laughing Boys" painting last October 28th 2011 by Police in a sting operation could be behind the Kunsthal Museum heist to bargain down their possible jail-time,  just revealed to Art Hostage.

These have all been offered to Art Hostage by Underworld sources and further inquiries are continuing.

Rotterdam or Anywhere, Liverpool or Rome, Art Theft Has No Borders. The Beautiful South, Home of Art Hostage !!