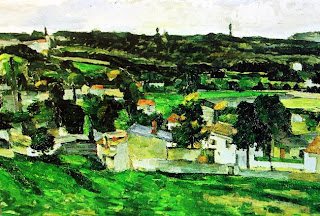 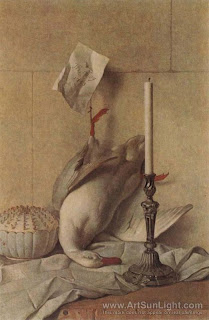 With their stereotype image of battered caravans, rowdy children and unkempt dogs, Britain's Gypsies hardly look like the average art collectors.
But, according to senior art theft detectives, the Gypsy community in the United Kingdom has millions of pounds worth of art and antiques in its possession.
Some are among the best-known stolen works in the world. They include the famous Titian stolen from the Marquess of Bath at Longleat House five years ago and Jean-Baptiste's Oudry's classic The White Duck, a nineteenth-century oil that was stolen from Houghton Hall in Norfolk in 1992. Turners, Constables, Lowrys and the odd Cézanne may also be in the Gypsies' possession, detectives believe.
Last week Alan White, a businessman and former police informer, told The Observer that he believed The White Duck was being hidden in the attic of a remote and rundown house on moors near New-castle. White, speaking from his base in the Philippines, said that the work had been hidden shortly after the robbery and had not been moved since.
Gypsy gangs - or 'pikeys' as they are known by police and art theft investigators - are suspected of involvement in the theft of Cézanne's masterpiece. Auvers-sur-Oise, from the Ashmolean Museum in Oxford. 'The job had all the hallmarks of "pikey" involvement,' said one senior London-based art investigator last week. The theft of the £3m painting on millennium night was carried out by a burglar who created a smokescreen to foil security cameras. With the noise of his break-in masked by celebratory fireworks, the burglar cut a hole in the roof of the Ashmolean and dropped down a rope ladder into the gallery.
Having set off a smoke canister, he used a small fan to spread the smoke and obscure the view of the gallery's closed-circuit cameras before cutting the painting out of its frame and escaping. Some art investigators believe that the work was quickly passed into the hands of a Gypsy gang based in the region who 'laid it down'.
There are believed to be around a dozen such gangs operating across South-east, East and Central England.
'They are surprisingly organised,' said one art investigator. 'Every member of the gang has a designated craft and there is a high degree of co-ordination among the various teams operating in an area. They are very effective.'
The problem for thieves is that major works of art are very difficult to sell on, as their notoriety makes them hard to launder. The two paintings by Turner, Shade and Darkness: Evening of the Deluge and Light and Colour: The Morning After, that were stolen in 1994 from an exhibition in Frankfurt by Serbian gangs are thought to be still in Belgrade. Though worth £12m, the pair are impossible to sell. Detectives believe that the Longleat Titian is similarly unsaleable.
Instead stolen paintings are often used as collateral for drug deals - as is believed to be the case with the two Turners - or used to raise fraudulent loans from banks.
A number of paintings have been recovered from unlikely locations in recent years. In 1997 five Dutch old masters were found hidden in a lock-up in north London. On another occasion two Constables were recovered from a hotel room in West Drayton near Heathrow. The thieves turned out to be a second-hand car dealer and a bricklayer from Essex.
Gypsy community leaders warned against branding them all thieves. 'It's an old stereotype. Though there may be a few bad apples, it's totally unfair on the law-abiding majority to consider us all criminals just because we don't have the same lifestyle as most people,' said David, an itinerant tree surgeon working on a fairground in north London.
-
Art Hostage Comments:

News that the Oudry White Duck and the Ashmolean Cezanne are about to be recovered has reached Art Hostage.

However, the intended sting operation has come apart as those with access to the stolen art have tumbled they are being set up.

If this is indeed true then the Undercover Police Officer may be in danger or those negotiating the recovery of the Oudry White Duck and the Ashmolean Cezanne may also be in danger.

Take this as an official warning that the imminent sting operation to recover the Oudry White Duck and the Ashmolean Cezanne and arrest those in possession as well as those who control the said White Duck and Cezanne has been blown wide open.

The sophisticated surveillance on all concerned has proved to be the undoing of this sting operation and the intelligence is like a Swiss cheese from Wales, full of holes & leeks.

Yer men are Joker Dickie O'Brien & Riddler Micky Hegarty, who have been on the Rhino Horn to Owlman Johan Bolung about the Rotterdam stolen art as well, held by Penguin Georgie Mitchell