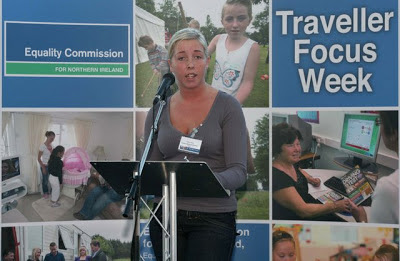 There can be no innocent explanation for why a London man was captured on CCTV in Cambridge with the conspirators behind a £15 million raid on the Fitzwilliam Museum, a jury was told.
Thomas Kiely, 21, is on trial at Cambridge Crown Court accused of being involved in the successful plot to steal Chinese artefacts, including Ming dynasty jade, from the Cambridge University museum on April 13 last year.
Three men, including Kiely’s brother, admitted their part in the raid last year, while 15-year-old Marvin Simos pleaded guilty to burglary.
Charles Myatt, prosecuting, said the defendant was seen on CCTV with those men near the museum on a reconnaissance mission the day before the raid.
Mr Myatt said: “It’s the Crown’s case that there can be no innocent explanation for his presence on that day.
“The people he is with are clearly taking great pains in planning a sophisticated burglary. They are far away from home and going back and forth into the museum.”
He added: “Why bring Thomas Kiely along if he has got nothing to do with it? The only reasonable explanation of him being there is because he was playing his part.”
Mr Myatt added it could not be a coincidence that the van used in the burglary was stolen “just literally around the corner” from where Kiely lived in Giraud Street, Tower Hamlets, on April 7, minutes before “relevant mobile phone traffic” between a phone he used and conspirators.
He added the words “Ming”, “Cambridge and “fizzywilliam” had been typed into an iPad Kiely had in his possession.
None of the items, which are valued at between £5-15 million, have been recovered and they may well be in the hands of “unscrupulous” private collectors in China, the court heard.
In a statement made to police, which was read to the court, Kiely said he had family in the Cambridge area. He denies conspiracy to commit burglary. The trial continues.

A man accused of conspiring to commit the £15m Fitzwilliam Museum raid was in phone contact hundreds of times with one of the plotters around the time of the crime.
A phone used by Thomas Kiely was in contact with a mobile attributed to his brother, Patrick, 385 times between March 26 and April 18, Cambridge Crown Court heard yesterday.
The court heard that the mobile used by, but not belonging to, Thomas Kiely was also in contact with a phone attributed to Fitzwilliam conspirator Robert Smith on more than 35 occasions between March 16 and the day after the April 13 raid.
Smith, Patrick Kiely and Steven Coughlan were each sentenced to six years in prison in September after admitting conspiracy to burgle. Marvin Simos had admitted burglary and was sentenced to a four-month detention and training order.
Chinese artefacts valued at between £5m and £15m were taken in the raid.
Charles Myatt, prosecuting, yesterday showed the jury CCTV of Kiely walking past The Fitzwilliam on April 12 while his brother, Coughlan and Smith were inside.
Kiely was also captured on CCTV with Smith in Lensfield Road that afternoon.
Mr Myatt said: “There is no evidence or CCTV footage showing Thomas Kiely at any stage anywhere other than on public streets.”
He told the jury on Monday the Crown’s case was that there can be no innocent explanation for Kiely’s presence.
The court heard the van used in the raid had been stolen on April 7 from the outside a Londis store close to Kiely’s home in Giraud Street, Tower Hamlets.
Kiely had said in a statement prepared for a police interview that he had been at home on April 13 and this could be checked using CCTV.
The court heard the footage in question was only kept for 28 days and had been deleted.
Kiely denies conspiracy to commit burglary. The trial continues.


£15m Fitzwilliam Museum heist was "out of my league"

A convicted thief has denied playing any part in the £15 million Fitzwilliam Museum heist, telling a jury it was “out of my league”.
Giving evidence at his trial, Thomas Kiely, a traveller who lives in London, said he merely tagged along for the ride because he was bored when his brother Patrick and two other conspirators decided to go on a reconnaissance mission to Cambridge the day before the raid on April 13 last year.
The 21-year-old admitted he was an “opportunistic thief”, whose previous convictions include burglary and aggravated vehicle taking, but added he was a “dumb blond” and thought the Cambridge University museum was a castle when he walked past it to find a McDonald’s.
He said he knew nothing of the plot and added: “It’s a bit out of my league, you can tell by my previous convictions.”
The prosecution says Kiely stole a van for the raid as it sat yards away from the home he shared with his girlfriend Grace in Giraud Street, Tower Hamlets, on April 7. Kiely told the court it would be “a bit silly” to rob a van outside his local shop which he visits every morning.
The father-of-one said his brother only told him he would be meeting someone in Cambridge and asked no further questions because it was not his business.
Charles Myatt, cross-examining at Cambridge Crown Court, told Kiely: “You became involved when you stole that caddy van from just around the corner from where Grace lived. You knew why they wanted the van because it would be used in the burglary the following week.”
He added Kiely was in Cambridge to help with the “final stages of planning”, an accusation Kiely denied.
His brother Patrick Kiely, Steven Coughlan, both of Tower Hamlets, and Robert Smith, of Swanley, Kent, were jailed for six years each for their role in the burglary, while Marvin Simos, who was 15 at the time of the burglary, was given a four-month detention and training order.
None of the items, which detectives believe were stolen to order, have been recovered. The most popular theory is they are back in China in the hands of private collectors. Kiely denies conspiracy to commit burglary. The trial continues.

Art Hostage Comments:
Memo to Helena Kiely
Don't listen to those who may try to entrap you, sweet talk you, or offer false promises of rewards, better conditions in jail for the boys etc. Contact Art Hostage for details on how to negotiate a way through this minefield of double dealing, duplicitous false offers, that are Chinese whispers about Chinese Jade.

Forget the Bulgarian Traveller connection as this will lead to arrests like with the fake Stradivarius violin undercover sting operation when old Hristo Varbanov was set up. Also the German clue is a dead end.

Anyone attempting to offer information that leads to the recovery of these Chinese  Jade artworks will come under scrutiny, 24/7 surveillance, and ultimately arrest. There is no reward on offer just a bogus offer of a "Substantial reward", meaning a token gesture, a few hundred pounds, maybe a couple of thousand pounds, if the person stepping forward sets up, goes along with a sting operation to entrap and expose themselves to a violent blow-back from those who will end up arrested. The only thing that awaits anyone who tries to offer information is, arrest, criminal charges, conviction and jail time. Therefore the only conclusion is to contact Art Hostage for the only legal, legitimate pathway forward. 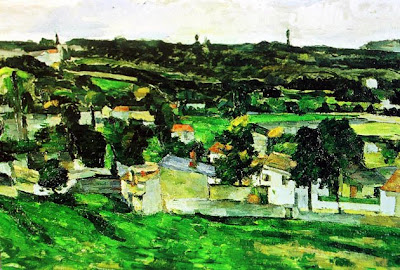 Upon another note, the Cezanne stolen from the Ashmolean Museum on New Years Eve 2000 (above) is in play again, as well as the Oudry White Duck taken from Houghton Hall in 1992,(below) and again, as soon as either painting see's the light of day, Police will swoop and arrests made, no reward will be paid, you have been warned. 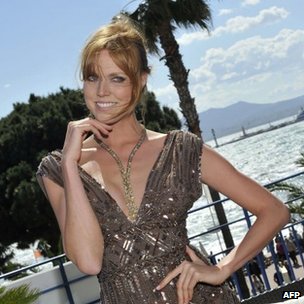 The necklace, modelled here, had been under tight security
A necklace reportedly worth 1.9m euros (£1.6m) has been stolen during the Cannes film festival, in the second such theft to hit this year's event.
The expensive piece by Swiss jeweller De Grisogono vanished after a celebrity party at a five-star hotel in the resort town of Cap d'Antibes.
The theft occurred despite "large security measures", including 80 security guards, the jeweller said.
Last week, thieves ripped a safe with jewels from the wall of a hotel room.
The latest robbery happened after an exclusive gala held at the exclusive Hotel du Cap-Eden-Roc on Tuesday night.
The high-profile event celebrated De Grisogono's 20th anniversary, and was attended by international movie stars like Sharon Stone and Ornella Muti.
The jeweller house regularly loans its jewels to celebrities, including Paris Hilton and Cameron Diaz.
"It is actually the first time it has happened in our 20-year history," the company said in a statement.
It added that the theft occurred "despite the large security measures set in place: over 80 security guards plus police".
Last Friday, thieves stole jewels by Swiss jewellers Chopard from the Novotel hotel.
The precious goods were worth more than 770,000 euros.
Chopard is an official sponsor of the festival and also makes its top award, the Palme d'Or. But the trophy was not among the stolen items.
At least two apartments rented by film executives have also been burgled during the festival, according to the AFP news agency.
Posted by Art Hostage at 7:36 am