Stolen Art Handlers New Hustle, Stinging Police, Will they fall for it ??, Updated below !!!!! 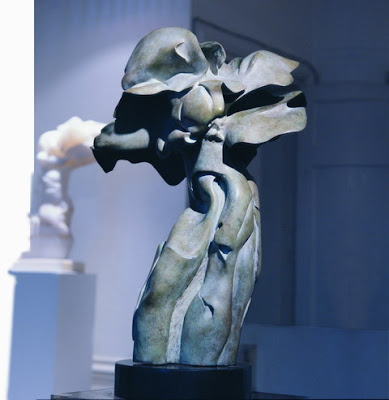 A one tonne, £200,000 bronze statue stolen for scrap has been found safe in Streatham.

Officers from the Met's art and antiques unit found the Transformation-Tree of life statue by artist Helaine Blumenfield chained to fire escape railings in the garden of a block of flats on July 10, two years after it was stolen from a fine art trader in 2005.

Detective Constable Michelle Roycroft said officers believed the thieves had taken the statue to sell it for scrap metal but it had somehow escaped destruction.

"This is a significant recovery of valuable bronze sculpture," she said.

"We can never underestimate the monetary and emotional value of pieces like this to the art world and we would encourage the public to always make the appropriate checks when purchasing works of art."

Artist Helaine Blumenfield said she had been devastated when the work disappeared in 2005.

"I am absolutely delighted that the Met police's art and antiques unit have managed to find and return this work to me," she said.

"This piece was a labour of love for me and I was devastated when it disappeared in 2005.

"The police have saved this work from being melted down and being lost forever to the art world and to me.

"Starting in July 2005 with the theft of my sculpture Transformation, a bronze sculpture weighing over a tonne and standing more than seven feet tall, the London art world has been plagued by a series of sculptural thefts: Henry Moore, Lynn Chadwick bronzes stolen after this one have yet to be recovered.

"I hope this will lead to the recovery of other pieces as well and I am full of admiration for the detective work that has managed to recover my sculpture."

There have so far been no arrests in relation to the statue find and DC Roycroft said inquiries were continuing. 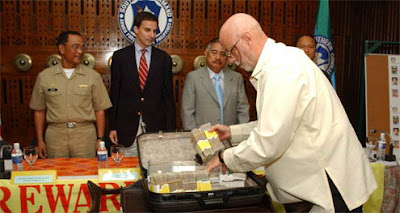 This is another hand back from the underworld to Police.
It will be interesting to see if any reward is paid for this and also the Magritte painting handed back to Police in recent weeks.
The person claiming the reward will just say they came across the sculpture and reported it to Police and now want a reward.

If the reward is refused expect legal action against Police in the near future, unless Police decide to charge the reward seeker with demanding a ransom and having prior knowledge. 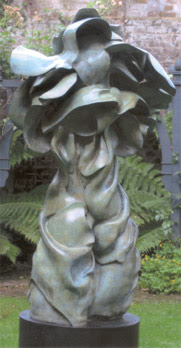 A 7FT-TALL stolen statue worth £200,000 has been found chained to a fire escape - after residents failed to notice it for TWO YEARS.

Thieves left the piece of modern art in full view on a communal patch of grass at the back of a block of flats in Streatham.

But as police scoured South London for the one-tonne bronze sculpture no one living in Manor Court thought to report it.

Mavis Brown, who lives on the estate, said: "Yes there was a big metal thing. It's been there for at least two years, I think, and I've walked past it every day.

"But one day it just wasn't there."


When told how much the statue was worth, she said: "I had absolutely no idea."


The Helaine Blumenfeld sculpture - named Transformation - went missing after it was stolen from a South London fine art deal-ership in July 2005.


Thieves broke into a secure yard where it was stored ready for shipment and managed to lift it out of a locked storage crate and over the walls.


Artist Helaine - the vice-president of the Royal British Society of Sculptors - was devastated.


She said: "I could not believe it. I couldn't understand how they managed to get away with it and I still can't.


"But, for some reason I always thought I would see it again - I just had a feeling.


"When the police called me to say they were standing right next to it I was overjoyed."


Her work was finally recovered after officers from the Met's Art and Antiques Unit traced a suspicious call to a London gallery offering to sell a sculpture that matched the description of Transformation.


Officers searched the Streatham estate on July 10 and found the sculpture chained to fire escape railings.It had suffered only minor surface damage to one side.


A resident, who did not want to be named, said: "I've seen it around and always wondered why it was there.


"I thought it had been chained there to keep it safe."


Police believe the statue was one of a number of highly valuable pieces stolen to be sold on as scrap metal. But for some reason this one escaped destruction.


Detective Constable Michelle Roycroft, from the Art and Antiques Unit, said: "We can never underestimate the monetary and emotional value of pieces like this to the art world and we would encourage the public to always make the appropriate checks when buying works of art."


So far no arrests have been made in connection with the theft but enquiries are continuing.
Posted by Art Hostage at 10:52 pm