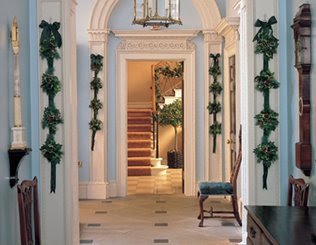 http://www.maltonmercury.co.uk/news/Irishman-jailed-for-stately-home.5258960.jp
Published Date: 13 May 2009
By Staff Copy
A SERIAL thief who travelled from Ireland to target English stately homes has been jailed after a caretaker at Yorkshire's Castle Howard saw him stuff two valuable watercolours into his laptop bag.
Andrew Shannon, 44, described as unemployed and illiterate, robbed six stately homes of antiques and paintings worth thousands of pounds on a "weekend spree" of stealing

Shannon travelled from Dublin to target famous buildings across the country,including

Together with an accomplice, he stole ornamental lions, porcelain vases, figurines, expensive books and even an antique walking stick from Belvoir Castle – which was identified as missing by the Duke of Rutland.

The four-day spree came to an end on a Sunday last August at Castle Howard, when a caretaker spotted Shannon lurking on a second floor of the home where the public are not allowed.

He claimed he was looking for a toilet, but staff grew suspicious and found two £800 paintings hidden in his laptop bag.

He also had a walkie talkie which he used to communicate with his accomplice and a Chinese ceramic lid – the other half of which was with the other thief, who cannot be named for legal reasons.

Police later traced Shannon's car and found a satellite navigation unit which had been programmed with six stately homes across the UK.

In court he admitted his part in six burglaries.

Jailing him for three years him at York Crown Court, Recorder Deborah Sherwin said: "Your purpose for travelling to England was to carry out this spree of theft.

"You travelled around the country visiting stately homes and stealing from them. It was pre-planned, you took advantage of these vulnerable homes that do not have the most sophisticated security measures in operation."

Prosecuting, David Brooke, said: "The two men visited a number of stately homes between July 30 and August 3 last year. But they were not innocent tourists visiting them for their beauty, this was a long weekend of crime."

Defending, Taryn Turner, said that Shannon had been claiming disability benefits after being seriously injured in a car crash in 1996. As a result he had suffered four heart attacks.

Speaking after the sentencing, Sgt Daniel Spence, of Malton Police Station, said: "Shannon is a prolific international travelling criminal with numerous convictions of a similar nature and his visit to the UK was with the sole intention of stealing works of art from stately homes and country houses.

"An accomplice in this case was detained by the Gardai in Dublin and has been dealt with in Ireland for handling stolen goods. The Crime Prosecution Service and the police are working towards attaining an arrest warrant and bringing him back to the UK."

It's incredibly sad, Fairfax House had a Joseph Knibb bracket clock stolen several years ago in a similar manner. Even though they quickly caught the person, the clock was not recovered.

If that wasn't a wake up call back then, i don't know what is.

Hopefully this time the directors and management will take significant action to protect the other objects which they still have in their care.

** And whilst you might well be on to something in connecting this with the Irish; the number of burglaries and thefts involving decorative art in Yorkshire over the past few years makes me wonder about a nearby 'well known' Italian family and it's connections to private collectors.

Italians are the handlers not actual thieves.

Although, it has been known that Irish boys and girls and younger Italian family members do steal together.