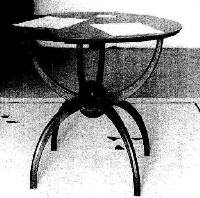 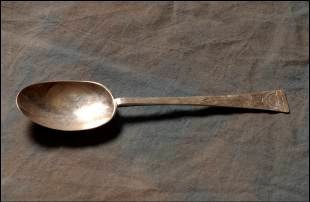 A PENSIONER agreed to cash a "dodgy" cheque for a friend despite knowing he was an "old style villain" with a shady record.
Brian Kenny, 70, denied money laundering even though he admitted he put a cheque for £10,000 through his own bank account for pal Graham Harkin, who gave him a £200 gift for the favour.

He was found guilty at Leeds Crown Courtand will be sentenced in February.

It later emerged the money had come from the sale of a rare antique "Voysey" table worth £120,000, which had been stolen from a Leeds stately home.

Harkin, 54, is currently serving a three-year sentence for his part in the burglary at Lotherton Hall in late 2006.

At his trial this week, married Kenny, a self-confessed dabbler in buying and selling antiques and bric-a-brac, denied knowing or even suspecting that the money had come from criminal activity.

The court heard Kenny had agreed to pay the £10,000 cheque, made out in his name, into his bank account as a favour for Harkin, whom he had known for about 10 years.

A few days later he withdrew the full amount and arranged to meet Harkin at a pub in Cleckheaton, where he handed the cash over in a jiffy bag.

Harkin then gave Kenny £200, the jury was told, and told him to have a drink.

Prosecutor Georgina Coade said: "He (Kenny) knew, or at least would have suspected, that that money would have represented the proceeds of criminal conduct –very basically, the money was dodgy."

The court heard the stolen table was later sold by a man claiming to be "Brian from up North" to an antique dealer based in the south of England.

The court was told that there was no suggestion Kenny was the man who had sold the table, and it was likely to be Graham Harkin, posing as Kenny, who did the deed.

However the real Kenny had earlier told police Harkin was an "old style villain" but someone he trusted because "his word was his bond".

Speaking from the witness box, the retired builder, who lives with his wife in Cleckheaton, said: "The cheque was in my name as he (Harkin) had explained he did not have a bank account himself.

"It were a cheque. It were going through my account. I really didn't think that he would do that to me.

"I never saw him involved in criminal activity in the time I have known him apart from him being arrested for stealing the table. He came across as likeable. His word was his bond."

Asked why he had referred to Harkin as an "old style villain" if not in a criminal context, he said: "I could just as well have said he was a dodgy character.
"I suppose like anybody he has little things as his employment is concerned, like a lot of people on building sites they have little ways of doing things. I didn't know him as dishonest. I didn't think of it that way.

"He asked me to cash a cheque, I said I would do it, without even thinking about it.

"But I didn't think Graham Harkin would have asked me in a million years to cash a cheque that would have led police to my door. I trusted his ways.

"There is no way I would put a cheque for stolen property through my account.

He claimed Harkin had later phoned him from prison asking him to trace the name and address of the antique dealer who had issued the cheque.

The court heard that Kenny had earlier admitted to police he knew "a lot of criminal people" and was frightened of some of them.

A collection of silver spoons stolen from Barnstaple museum in the summer have been recovered from a business premises in London.

The 10 historic spoons, worth approximately £20,000, were taken from a display cabinet at the Museum of Barnstaple and North Devon on July 31.

The silver and silver gilt antiques were crafted in the town in the 16th and 17th centuries and were donated to the museum by Keith Abraham.

WPC Shaunaugh Cobb at Barnstaple Police Station said it was a good example of positive police work and how they were in process of ensuring the spoons were returned to Barnstaple.

"This crime was particularly upsetting for the staff and volunteers at the museum, now the spoons can be returned and enjoyed again by members of the public," she said.

"The investigation involved a lot of work with outside agencies in the arts and antiques world, the Metropolitan Police and co-operation from the museum."

After the theft North Devon Council, the insurers and North Devon Theatres Trust offered a reward of up to £2,000 for information leading to the arrest and trial of anyone responsible.

Police have said the rare spoons were found at a business premises in London, but no further details are available at this time as inquiries are continuing.

Alison mills, curator at the museum, is delighted with the outcome:

"This is a great result for the museum and we had given up hope of ever seeing the spoons again," she said.

"They were generously given to the museum by Keith Abraham, and we are really looking forward to putting the spoons back on display so local people can enjoy them once more as he intended.

"It was lucky for us that the spoons are so easily recognisable, and we are grateful to the sharp eyes of the antiques trade.
Posted by Art Hostage at 4:36 pm