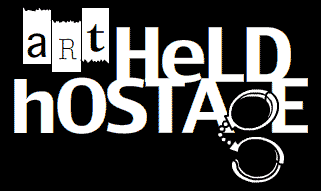 Rio de Janeiro: A convicted art thief was found by the Brazilian police to be running an international ring from a prison in Rio de Janeiro, selling stolen art works in neighbouring countries, a media report said.

Rodrigues de Oliveira, 39, has been running the ring from the Bangu prison in Rio de Janeiro.

The ring stole art works from museums and libraries in the Brazilian states of Bahia, Minas Gerais, Pernambuco, Rio de Janeiro and Sao Paulo, selling them to collectors in Argentina, Uruguay and even Brazil.

Rodrigues de Oliveira, who staged robberies at the request of collectors, "is the biggest thief of rare works in the country", police said.

Rodrigues de Oliveira first gained notoriety in 1998, when he stole 14 antiquarian magazines and newspapers worth $750,000 from the National Library in Sao Paulo.

This is the painting that has replaced the Monet masterpiece damaged after an alleged attack in the National Gallery.

The work, called Lady On The Terrace, is by another French artist who was inspired by Monet himself.

Paul Signac was so impressed by Monet that he gave up his training in architecture to pursue a career as a painter after attending an exhibition of Monet's work.

The damaged Monet painting, Argenteuil Basin With A Single Sailboat, is currently with gardai as they investigate an alleged attack on it on June 29.

It will have to undergo extensive examination and restoration by the gallery's conservation department before it can be put on view again.

Andrew Shannon (47) of Willans Way, Ongar, was remanded in custody after he was charged with causing criminal damage to the valuable Monet oil-painting.

The Signac painting chosen to replace the Monet in the Millennium Wing of the National Gallery is proving popular among visitors and tourists.

Signac's uses dots of colour which are blended by the eye of the viewer, rather then the broad brushstrokes favoured by Monet.

The painting from 1898 depicts a scene in St Tropez.

"We have tried to replace the Monet with another European painting in a similar style," said Valerie Keogh of the National Gallery.

An organised gang could be behind a series of linked antique burglaries.

Homes across Brighton and Hove have been targeted.

On one occasion a widower in his 90s was targeted. As he slept a large number of antiques were stolen.

A thief or thieves forced the window of his home in Roedean Road open and stole two-inch brass clocks, a solid silver tea set, solid silver greyhound and brass candlesticks.

They also took a vintage Mercedes car from his garage which had belonged to his wife who had died.

Police said the man was devastated by the loss of such a sentimental item.

The man’s home was targeted during the early hours of Sunday, July 8.

Distressing On Friday, July 6, at around 10.30am a high value Georgian clock along with solid silver items thatincluded rose vases, coasters, bowls and an Edwardian silver sweet dish plus an original Staffordshire figure were stolen from a house in Vale Avenue, Patcham, Brighton, while the owner had popped to the shops.

On this occasion entry was gained via the back door.

Around the same time an antique charmbracelet with a little fork and trowel charm, was stolen from a property nearby in King George VI Avenue, Hove.

Detective Sergeant KateWitt said it was likely there was more than one offender because of the “bulk and weight” of the items stolen.

She said: “We don’t have any specific intelligence as to why these houses have been targeted.

“It is likely an organised group.

“The offendersmight have been looking in the area in the run-up to the offences.”

She said the elderlyman was “very, very upset”. “He associates the car with his wife,” she said.

“These burglaries have been incredibly distressing for all three victims. The antiques were not only of high monetary value but also incredibly sentimental to their owners.

“We are not ruling out that all three burglaries may be linked and that the homes were specifically targeted.”