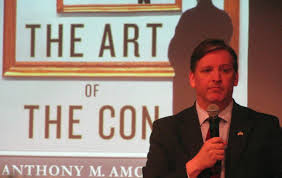 The first shot across the bow was fired by celebrated Dutch art detective Arthur Brand who took to Twitter last week to call out investigators while making a direct plea to the thieves who may still be in possession of some of the 13 artworks stolen from Gardner Museum in March 1990.

“Still working on the Isabella Stewart Gardner theft,” Brand wrote. “And don’t believe those who say you can only deal with them. You can always talk with me. The FBI and the museum and their allies are not going to solve this case after 30 years. Move over …”

Brand, dubbed “The Indiana Jones of the Art World,” made international headlines last year for finding and returning a $28 million Picasso painting that was stolen 20 years ago from a luxury yacht in the French Riviera.

Speaking to Brand by phone in Europe, he told me that he fired off the tweet in frustration and has since deleted the message.

Although he praises the FBI and the museum for doing everything they can to recover the stolen works, which include Vermeer’s “The Concert” and Rembrandt’s “Christ in the Storm on the Sea of Galilee,” he believes that investigators are sending the wrong message to anyone with knowledge of the notorious heist.
According to the museum’s website, a $10 million reward is still being offered for information leading to the recovery of all 13 works in good condition.

“But what if thieves only have two or three of the stolen art works?” Brand asks. “They are being dissuaded from coming forward because they don’t have the entire collection. The museum is giving them an all-or-nothing proposition.”

The art detective is calling on the museum to provide separate rewards for the individual art pieces. Brand believes this change in strategy could break the case.

“I’m also concerned about how the museum defines the “good condition” of the art, that’s a very arbitrary statement,” Brand says. “I know how the criminal mind works and language like that sends a big red flag to the thieves.”

The FBI won’t comment on the art detective’s theory but when I reached out to Anthony Amore, the museum’s director of security, during an online conversation, he told me; “We have no comment on some guy’s (bleeping) twitter.”

That no comment speaks volumes and I can understand his frustration. Amore’s been working on the case since 2005, chasing leads around the globe and he’s found nothing.
Now he’s got one of the world’s leading art detectives breathing down his neck and demanding results. 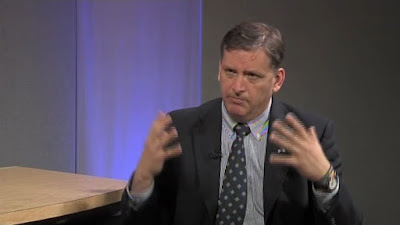 As we approach the 30th anniversary of the heist this year, the museum would be better served if it brings in new investigators with fresh ideas and new perspectives.

Brand tells me that he’s spoken with sources in direct contact with the IRA. They have convinced him some of the missing paintings are stashed away in Ireland.

This theory has been dismissed by Amore.

“He (Amore) calls me “some guy,” but I have recovered six stolen art pieces in the past year alone, and what has he found?” Brand says. “I always place myself in the minds of the thieves. I have a track record of success while after nearly 30 years; the museum is still sitting on nothing.”

Casey Sherman is a New York Times best-selling author of 11 books. His latest is the upcoming “Hunting Whitey: The Inside Story of the Capture and Killing of America’s Most Wanted Crime Boss.” Follow him on Twitter @caseysherman123.
Posted by Art Hostage at 8:36 am