'Due Diligence' is just a "ruse"
http://tom-flynn.blogspot.com/2008/03/due-diligence-pull-other-one_27.html
How can we trust a 'Due Diligence' database company that dissembles when approached by a client to check the provenance of a work of art?

The UK-based antiques trade newspaper, Antiques Trade Gazette (ATG), recently reported the case of art dealer Michael Marks, who has been ordered by a judge to return to their rightful owner two paintings by the late Indian modernist Francis Newton Souza (1924-2002), stolen some years ago and which Mr Marks believed he had subsequently bought in good faith through trade sources.

High Court judge Mr Justice Tugenhadt ruled that Mr Marks had failed to keep a reliable audit trail for the works Head Of A Portuguese Navigator and Chalice With Host by Souza and ruled that they should therefore be returned to Dubai-based collector Aziz Kurtha from whom they were originally stolen.

Having bought the works, and intending to sell them on at a tidy profit, Mr Marks checked with the Art Loss Register to ensure that the works were not listed as stolen. This process is known as 'Due Diligence', although what subsequently occurred explains why that term has become something of a laughable concept in the art trade and beyond. According to the ATG, Mr Marks paid a search fee to the Art Loss Register in order to check the title of the works and "was told there was no problem." The ATG article continues:

"But the High Court revealed that the ALR knew the works to be the subject of a claim by Dr Kurtha and deliberately misled Mr Marks. ALR chairman Julian Radcliffe explained to Antiques Trade Gazette that this was part of a ruse to keep lines of communication open with Mr Marks. The judgment stated that Mr Radcliffe went as far as telling Mr Marks that he had a client who would be interested in buying the paintings from him. Mr Radcliffe further explained that this was all part of bid to recover the works by persuading Mr Marks to bring them into the ALR offices."

A "ruse"? Is this, perhaps, a variation of the ruse that brought the stolen Bakwin Cézanne Bouilloire et fruits (above left) to market in 1999 (US$29.3m/£18.1m at Sotheby's, of which the ALR took a not insignificant percentage)?

Am I missing something here, or is there not a conflict of interest where a company offering 'Due Diligence' checks also stands to profit when the recovered item comes back to market (which is the most efficient method of price discovery, as the 1999 sale of the Cézanne made clear.) The fact that Mr Justice Tugenhadt admonished the ALR for being economical with the actualité, perhaps confirms that all is not right with this process.

Isn't it time the auction houses and insurance companies that support such dubious instruments of 'art recovery' woke up to the fact that "ruses" of this kind do nothing to improve the public relations profile of the art trade? With prices in the art market at stratospheric levels and antiquities looting having a catastrophic effect on the future of archaeology, the need for integrity among trade-funded Due Diligence organisations is more critical than ever.

If a dealer cannot lodge a bona fide inquiry with the leading provenance-checking database (for a fee!) without running the risk of having the wool pulled over his eyes, what future for the already endangered concept of Due Diligence? But then with everyone, including the art recovery companies standing to profit from art theft in some way when stolen works finally make it to market, such revelations are perhaps hardly surprising.
Art Hostage comments:
Whilst it would be easy to just follow suit and condemn the Art Loss Register for its shortcomings, I do think we can move on from that premise and try and offer solutions that can improve the tracing of stolen art without the need for bodies like the Art Loss Register to charge fee's.
If we are going to demand the stolen art databases are used free then funding has to come from a central body.
It is all very well for the major auction houses to be shareholders in the Art Loss Register, but it does nothing to address the long term problem of funding the Art Los Register.
Art Hostage has a question for Julian Radcliffe and the Art Loss register:
"How much would it cost per year to run the Art Loss Register without having to charge victims a fee ??"
$1 million, $2 million, if so then surely this can be obtained from insurers, auction houses and Law Enforcement, without the distasteful approaches to victims.
Another distasteful act that is a by-product of the ALR fees, is the forcing of victims to sell the recovered stolen artworks to pay these fee's, thereby making auction houses huge fees for the auction sale.
One could argue the major auction houses have a vested interest in forcing victims to sell their recovered stolen artworks, therefore the shareholding in the ALR is window dressing and the denial of regular funding is in the interests of the Major Auction houses, not the victims.
Art Hostage can only think of one answer, funding comes from law enforcement and insurance companies into a central pot that funds a global stolen art database like the ALR.
I know this would be open to abuse, but far better for the ALR to fund junkets and high wage bills from govts than the victims.
Finally, it is easy to pay lip service, Art Hostage is guilty as others, to the wrongs of the ALR and the whole stolen art recovery business, far better to offer solutions.
Thoughts please !!!!!!!!!!! 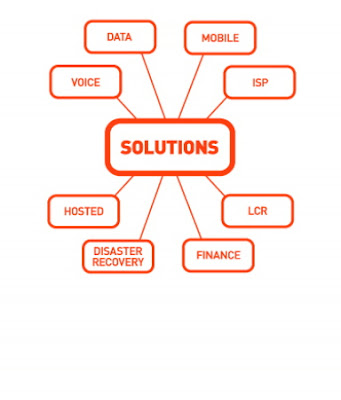 Dear Mr. Hostage,
May I call you "A. Ho" for short?
Mr. A. Ho,
With offices in several countries and almost 50 employees do you really think one or two million dollars is enough to run a proper due diligence service?
What? Are you advocating that trained art historians continue to be paid lower than taxi cab drivers? You seem to be happy with auction houses and lawyers and dealers making a living wage but the good folks of the ALR, they are supposed to starve?
I was not forced to use the ALR. I was not forced to sell my painting after the ALR recovered it for me. I CHOSE to do both. That's how they operate and they do a damn good job when law enformcement couldn't give a hoot about my stolen artwork.
Go ahead Ho, put together a group of people/governments/law enforcement/willing to come up with ANY sort of funding for the ALR and I will broker the deal...for free! While you're at it, ask the Law Society or the ABA to have their members contribute funds for the ALR! And ask the members of BADA for money too! I'm laughing at your proposal.

I agree with you. The ALR should be free to all.
so should auction houses. we should all have free legal services available. In fact, art itself is too expensive. art should be for the people not for the select few with high incomes. there is something wrong with this system. thanks for shining a light on all of this. viva fidel! vive che!

I'm a former criminal like you. I hate the Art Loss Register. Who needs one more thing to help a crook get caught? It's hard enough these days with cctv.
Continue the pressure on Mr. Radcliffe and his high and mighty moralistic do-gooders. The art world was better before they came along...pinch a picture, shop it around..know what I mean?