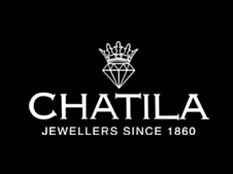 Bandits nab millions in gems, flee on scooters
Four armed thieves have held up a jewellery store on Geneva's most prestigious shopping street, grabbing millions of francs worth of gems before escaping on scooters.
The store's Lebanese owner said the men, wearing hats and wigs and speaking in Russian or another Slavic language, smashed display cases in the daring daytime robbery on Monday afternoon.

An employee set off an alarm but police arrived after the thieves had fled, police said in a statement.

"Despite my age, I struggled with one of them," 75-year-old Elie Chatila, who estimated his loss at several million francs, told the daily Tribune de Genève. "Look at this, they left a ring worth more than SFr500,000".

He described the shop as being in a "catastrophic state".

A police spokesman said that detectives were analysing finger prints and DNA found at the crime scene.

No clear link had been established to the "Pink Panthers", an international gang of jewels thieves who have carried out attacks on luxury stores in Paris, London and other European cities in recent years, police said.

Geneva is a popular summer destination for wealthy tourists from Gulf countries, who flock to the lakeside city to escape the heat and shop at luxury boutiques along the smart Rue du Rhône.
Posted by Art Hostage at 2:33 pm