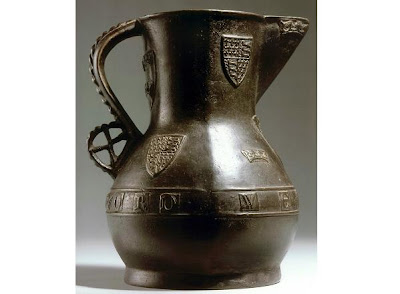 A crooked antiques dealer who is serving a jail term has been told to pay up £4,430 - or face a further three months behind bars.

The figures represents the full value of a necklace he was convicted of stealing from a woman in Broadstairs.

He had attended homes in the town on August 8 2011, as an antiques dealer asking if people wanted to sell their jewellery.

On this occasion, he attended the premises of a woman and examined some of her jewellery. She declined to sell and then found it was missing and reported it to police.

Wadey was arrested on August 16 and charged on September 20 with theft.

Some £2,093 in cash was seized from him under the Proceeds of Crime Act on his arrest. This will be used as part payment of the order made for £4,430.

Wadey was sentenced to 15 months imprisonment for the theft earlier this month, May 17th.

The confiscation order was made with Wadey given seven days to pay the balance of the £4,430, or face a further three months in prison.

Reward of £25,000 for recovery of stolen Wenlok Jug

A £25,000 reward has been offered for information leading to the recovery of a medieval jug stolen from a Bedfordshire museum.

Insurance company Zurich, made the offer for the safe return of the Wenlok Jug, which was taken from the Stockwood Discovery Centre in Luton on 12 May.

The bronze creation is decorated with coats-of-arms and inscribed with the words "My Lord Wenlok."

The jug was displayed in a high security cabinet when it was stolen.

Paul Redington, from Zurich, which insures the museum, said the jug was important to the museum and to the people of Luton.

Director of Museums Karen Perkins said the theft was "extremely serious and upsetting".

In 2005 the jug was nearly sold abroad, but a temporary export ban provided the opportunity for Luton Museum to raise the £750,000 needed to buy it.

It is thought the jug was made for either William Wenlock, who died in 1391 and was canon of St Paul's Cathedral, or his great-nephew John, the first Lord Wenlock, who was a major figure in the 15th Century.