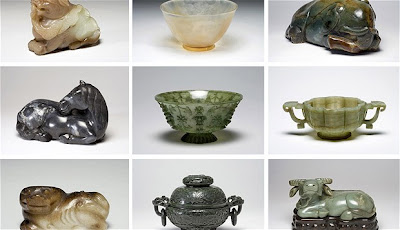 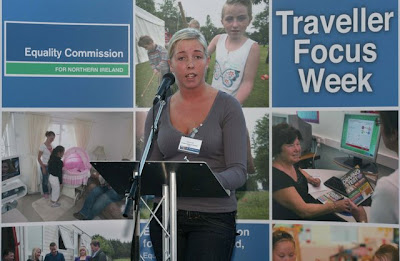 Fitzwilliam Museum art theft haul worth 'up to £40m'

Chinese art stolen from the Fitzwilliam Museum in Cambridge could be worth up to £40m, a court heard.

The court heard the 18 artefacts taken from the museum on 13 April had been valued at between £10m and £40m.

The pair, both from London, were remanded in custody to appear at Cambridge Crown Court on 11 May.

How travellers feel more of a connection in Bow

AN exhibition celebrating the stories of London’s gypsy and traveller women will be unveiled at Idea Store Bow on June 7.

Residents living on the Eleanor Street travellers’ site in Bow have worked with staff from Idea Store Bow and the London Gypsy and Traveller Unit to put together a fascinating exhibition tracing the history of the capital’s gypsies and travellers and highlighting individual stories.

There are more than 300,000 gypsies, roma and travellers in the UK who have lived, worked and travelled throughout Britain for more than 500 years.

Gypsy, Roma and Traveller History Month celebrates the untold story of this important group, their culture and history by tackling negative stereotyping and prejudices. Traveller Helena Kiely said: “The main message in this exhibition is how much family means to us.

“It talks about the generations of travelling women, showing the grandmother, the daughter, the grand-daughter and how things have changed.

“I would like people to get the feel for what it was like for gypsies and travellers a long time ago.

“Like for my grandmother to now, what it’s like for me being a traveller and to get the connection between the community and between the people.”

Barbara Stretch, Idea Store Manager at Bow told East End Life: “Tower Hamlets’ diversity is a great asset to our community and the council recognises the vibrancy and energy that different communities provide.”

“The council’s vision of One Tower Hamlets is about reducing poverty and inequality and bringing local communities closer together.

“The council has been celebrating Gypsy, Roma and Traveller History Month for the past four years and we feel it is important to recognise their contribution to the community.”

This middle England village is the Gypsies' deep south

Stigmatised as dirty and deviant, the travellers' way of life has effectively been criminalised. But what are we so afraid of?

For Helena Kiely, the yen for a five-stone wedding dress inlaid with blinking fairy lights is secondary to the desire for an appropriate homestead to wear it back to. "Sure, girls grow up looking forward to their wedding day but, in our culture, being able to live on a [camp] site instead of in a house is even more important. Loads of young couples don't have that chance nowadays." A 22-year-old Irish Traveller who spent her childhood on local authority-run encampments around east London until burgeoning siblings forced her family's move to bricks and mortar, she has been watching Big Fat Gypsy Weddings, Channel 4's new documentary strand. The first episode, screened on Tuesday, lays out the arcane courtship rituals and lavish sartorial preparations that precede the marriage vows, which are typically undertaken by girls still in their teens.

However benign the treatment, Kiely, now working as a youth adviser at the London Gypsy and Traveller Unit, is not alone in recognising that it doesn't take much to bolster crude stereotypes. For her, the accent on frills and flouncing is a missed opportunity to show contemporary Traveller culture as it really is. But it also serves as a reminder of how entrenched is mainstream ignorance of this community – which will be defined as a separate ethnic minority for the first time in March's census – beyond the tabloid narrative of dirt, disruption and deviance, or home counties hysteria over green-belt land grabs.

One such case involves an unauthorised encampment in the Warwickshire village of Meriden, part of the environment secretary Caroline Spelman's constituency, where local people have been staging a round-the-clock protest for the past six months. Last Saturday, Spelman assured campaigners that legislation tabled by the coalition this week would bring "fairness" between the settled and travelling communities, saying it would make provision for more authorised sites, while closing the loophole that allows Travellers to apply for retrospective planning permission after setting up camp. But, taken alongside the immediate reversal last summer by the communities and local government secretary, Eric Pickles, of previous efforts to provide legal pitches within all local authorities, what this effectively amounts to is the criminalising of a way of life.

This criminalisation has been ongoing for more than two decades. Under the previous Conservative government, criminal justice and public order acts vastly increased police powers to evict those camping illegally, and repealed local authorities' duty to provide areas to camp. Those who buy land privately encounter punitive planning restrictions, with 90% of applications by Gypsies and Travellers rejected, compared with 25% of domestic ones – hardly an indication of Spelman's level playing field.

As a result, despite politicians' expedient focus on encampments, the majority of the community is now settled, albeit unwillingly. Only a third of the country's estimated 300,000 Gypsies and Travellers continue to live in camps, over half of which are provided by a local authority and where, despite paying rent and council tax, tenants have no security of tenure or legally enforceable standards of maintenance.

And there remains a shortfall of pitches, so around 25,000 individuals have nowhere to go where they are not breaking the law, despite research by the Equality and Human Rights Commission, which found that it would take as little as one square mile of land to resolve this. For these people, who may be evicted up to 50 times a year, the prospects are now especially bleak.

EHRC chair, Trevor Phillips, observed that for this group Britain "is still like the American deep south for black people in the 1950s". Debating the Warwickshire protests with Spelman on Radio 4 last weekend, Jake Bowers, editor of Travellers' Times, suggested that opposition was underpinned by racism, arguing: "This is more deep south than middle England." Gypsies and Travellers have the poorest life chances of any group: infant mortality is highest, educational attainment lowest, and life expectancy 10 years below average. If the travelling community is marginalised by prejudice as much as by lifestyle, then it is unsurprising that many express concern about the coalition's emphasis on localism: decision-making by the local majority threatens all chronically excluded populations, asylum seekers and street homeless.

While it is hoped the inclusion of Romany Gypsies and Irish Travellers in the census will provide much-needed hard data, community organisations warn that fear of exposure to prejudice, especially among those living in bricks and mortar, may result in a counter- productive undercount. Especially as the government clampdown has occurred at a time of rising attacks and official crackdowns on Roma people across Europe.

The irony is that the values the travelling community believes are maintained by their mobility – proximity to family, oral culture, the passing down of tradition – are the very ones that the settled community currently mourns the loss of. But the majority of us live according to a global economic framework that holds home ownership as one of the ultimate markers of social success. And so the absence of a desire for bricks and mortar will continue to be considered anathema, anarchic, acultural, and worthy of mainstream distrust or derision.

Some facts about traveller pitches: