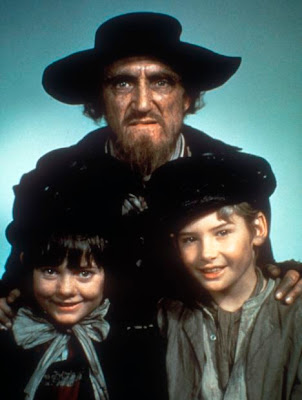 Detectives investigating the theft of Chinese art from the Fitzwilliam Museum in Cambridge have arrested two people.

A 28-year-old man and 15-year-old boy were arrested earlier at addresses in east London by officers from Cambridgeshire and the Metropolitan Police.

A number of other addresses in London are being searched.

On Tuesday, CCTV images of four men sought in connection with the robbery were shown on BBC One's Crimewatch.

The two males arrested in London are being taken to Cambridgeshire for questioning.

A 25-strong team of officers is involved in the investigation into the theft of 18 items taken from the museum at about 19:30 BST on 13 April.

The artefacts are thought to be worth in excess of £18m.

Det Ch Insp Jim McCrorie, who appealed for information on the programme, said: "There was a significant response to the appeal but it is going to take time to work through inquiries.

"We are still keen to hear from anyone who has information about the burglary or the four men we are keen to trace in connection to the theft."

Officers are still appealing for information about a white Volkswagen Caddy van which was seen arriving in Grove Lane in Cambridge at 19:26 on the Friday evening, where it was parked for several minutes.

It was later seen on camera in Trumpington Street, close to Hotel Du Vin, at 19:38, leaving the city.

Police described the van as "vital to the investigation".

The museum and Cambridgeshire Police have refused to comment on security at the Fitzwilliam.

Man due in court over raid on Durham's Oriental Museum

A MAN is in due in court this afternoon charged in connection with a £2m antiques heist from a North-East museum.

Burglars smashed a hole in the wall of a gallery and made off with two valuable artefacts from the Qing Dynasty, a solid jade bowl and an elaborate porcelain figurine.

Mr Wildman is due to appear before Peterlee Magistrates Court charged with conspiracy to commit burglary.

He was arrested in the West Midlands along with 32-year-old Adrian Stanton and two women, aged 27 and 19, who were present at the same premises.

The other three are in custody at Durham police office and will be interviewed later today.

Police publicly named both men as suspects after the raid on April 5.

Eight days later the artefacts were recovered by police from a field in Brandon, on the outskirts of Durham City.

Four men, including Mr Wildman, and one woman, all from the West Midlands, were arrested days after the offence, but he was granted bail.

One of the men, aged 27 has since been released with no further action but the other two men and the woman are on police bail until early June.

Police have also named a third man they wish to trace in connection with the burglary at the museum.

On last night’s BBC Crimewatch programme the photo of 31-year-old Justin Oliver Clarke was shown to viewers along with an appeal for information on his whereabouts.

Clarke’s last known address was in the Brownhills area of Walsall.

Crimewatch also featured an appeal for information on the break-in at Cambridge University’s Fitzwilliam Museum on April 13 which led to the theft of various Chinese antiques dating back to the 14th century.

These have not yet been recovered and while no formal link has been made between the two burglaries, police are keeping an open mind.

A second man has been charged in connection with a raid at Durham University's Oriental Museum in which artefacts worth almost £2m were taken.

Thieves cut a 3ft wide hole in the wall of the museum on 5 April and stole a Chinese bowl and figurine.

Justin Clarke, 31, of Walsall, was arrested by Durham Police after officers released his picture and said they wanted to speak to him.

He has been charged with conspiracy to commit burglary.

Lee Wildman, 35, of Walsall, was charged on Tuesday with conspiracy to commit burglary and is due to appear at Peterlee Magistrates' Court later.

The Qing Dynasty bowl and figurine were recovered by detectives eight days after the theft, in the Brandon area of Durham.

Ten people in total have been arrested during the investigation.

One man aged 27 has been released with no further action. Three men and another woman are on police bail until early June.