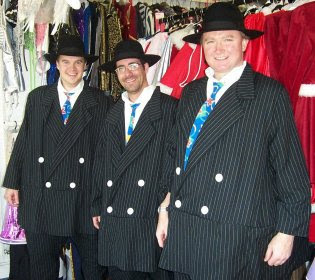 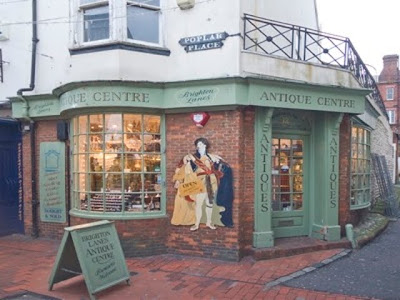 A Brighton man has been charged with burglary after a break in at an auction house.

Anthony Townsend, 49, of Upper Lewes Road, Brighton, has been charged after a burglary at Stroud Auctions in Rodborough, just outside Stroud in Gloucestershire, in October last year.

He is accused of breaking into Stroud Auctions with Darryl Aldridge, a 46-year-old man from New Barn Road, Shoreham. Aldridge is also accused of eight other break ins.

The charges follow an investigation by the Sussex Police Serious Organised Crime Unit.

The items stolen include antique clocks, jewellery, vases, figurines and furniture with an estimated value of £200,000.

He pleaded guilty at Northern Oxfordshire Crown Court in January to a break in at Concord in Cranbrook, Kent, in June last year.

He also admitted another burglary at JS Auctions in Banbury, Oxfordshire, last July.

He was jailed for 26 months.

Luke Hammond, 21, of Foredown Drive, Portslade, was convicted at Northern Oxfordshire Crown Court in April of the burglary in Banbury and was sentenced to a community order.

Fortune is accused of perverting the course of justice.

Lambert and Fortune will join Townsend and Aldridge in the dock at Brighton Magistrates’ Court on Thursday (14 June).

In February Ashley Symes, 45, of Heath Close, Horsham, was convicted at Lewes Crown Court of another of the burglaries.

He was jailed for four years for the break in at Gorringes in Lewes in June last year and a number of other offences.

Four charged over antiques raids in Sussex, Gloucestershire and Oxfordshire

Four people have been charged with stealing antiques from auction houses in Sussex and elsewhere in the country.

Darryl Aldridge, 46, of New Barn Road, Shoreham, is due to appear at Brighton Magistrates' Court on Thursday, accused of nine burglaries.

Two took place at Gorringes in Lewes in May and June last year.

Three took place in Toovey's, in Washington, near Storrington, in May, June and October, and one at Denhams in Warnham, near Horsham, in July last year.

Three others took place at Concord in Cranbrook, Kent, in June 2011, at Stroud Auctions in Stroud, Gloucestershire, in October 2011, and at JS Auctions in Banbury, Oxfordshire, in July 2011.

He is also accused of a theft at Toovey's in October last year, possession of cannabis and amphetamine, and conspiracy to pervert the course of justice.

Police said property with an estimated value of £160,000 has been recovered.

I would think that stealing antiques would be an incredibly hard task. The only people that are going to buy them from you are other antique buyers who already know weather or not an item has been stolen or not if it is from particular significance. Bad move.