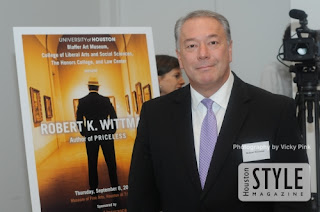 Thieves snatch $10million haul of fine art, jewellery and a Porsche from home of wealthy banker dubbed the 'Bond God'


A haul of art worth more than $10 million has been stolen from the home of a wealthy Californian banker known as the 'Bond God.'
Pieces by some of finest artists of the 20th Century, including celebrated Dutch painter Piet Mondrian, were among the 13 works snatched from the Santa Monica residence of Jeffrey Gundlach.
The thieves also took Mr Gundlach's Porsche, expensive watches and wine during the raid, which is thought to be one of the most costly of its kind on a private home. Theft: Art by some of the finest painters of the 20th Century were taken during the raid, including this piece (pictured) by the Canadian-born artist Philip Guston Valuable: Also taken was an eye catching piece by the Dutch artist Piet Mondrian (pictured left) and a work by the Impressionist painter Guy Rose (right) Raid: This piece by American landscape painter William Wendt was part of the stolen haul


Santa Monica Police have published pictures of the art work in a bid to track the pieces down, while Mr Gundlach has offered a $100,000 reward for the return of his property.
$1,000 is also being offered for information leading to the arrest and conviction of those who carried out the raid, according to Santa Monica police.

The theft took place between 3 pm last Wednesday and 8 pm on Friday while the owner was away from his Santa Monica home.
Among the watches stolen were high-end pieces by Breitling, Tag Heuer and Philip Patek, while the car stolen was a red 2010 Porsche Carrera 4S. Victim: Among the art work stolen from the home of financier Jeffrey Gundlach (pictured left) were pieces by the American artist Joseph Cornell (an example of which is pictured, right)
The items are believed to have been taken from different rooms within the house.
The haul included a painting by the Expressionist artist Richard Diebenkorn and two glass-fronted boxes by the American Surrealist artist and sculptor Joseph Cornell.
A colourful landscape by William Wendt known as the 'Dean of Southern California landscape painters,' was part of the stolen haul.
Work by Impressionist Guy Rose and landscape artist Hanson Duvall Puthuff were also taken, as well as pieces by Abstract Expressionists, including Johns, Philip Guston and Franz Kline.
One of the most eye catching pieces stolen was by Mondrian, who became famous for the geometrical coloured boxes used in his work.
Mr Gundlach, who is CEO of investment firm DoubleLine Capital, is one of the most successful bond and mutual fund investors in the US.
His firm has assets of over $30bn.
The financier, who is in his 40s, was fired from his former company in 2009 after he was found to have breached his 'fiduciary duty' but was awarded $67m in back pay.
Anyone with information on the theft or the whereabouts of the stolen items should contact Santa Monica Police or call Crime Stoppers. Return: A $1,000 reward has been offered for information leading to the arrest and conviction of those who stole the art work - which included this piece by Jasper Johns (pictured left) and Franz Kline (right) Santa Monica: The art work was stolen from a home in Santa Monica, California

Do yourself a huge favor and get Robert K Wittman on the horn and he will be on the Red-Eye to you. This will lead to the recovery of your stolen art quicker than using any other resource.
Posted by Art Hostage at 3:08 pm

This is revenge from Trust Company of The West for losing the case last year.

And isn't his reward pretty stingy? 1 percent of the total value for recovery, and 1/1000th of a percent for info?

Mirror Mirror on the wall, Richard Villa ordered the theft of art off the wall