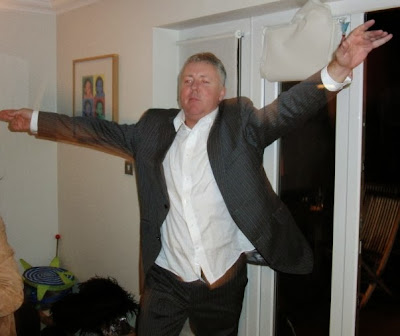 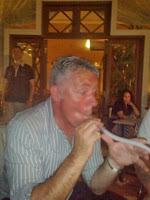 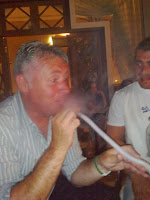 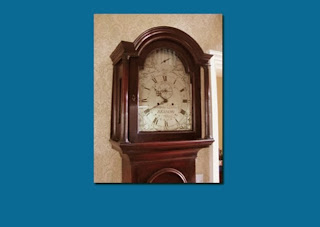 An example of Oriental items which has been stolen
Tens of thousands of pounds worth of antiques have been stolen from homes.
The thieves have raided the homes in West Sussex while the occupants are asleep, always making off with valuable items – on one occasion stealing a seven-foot grandfather clock.
Among the items taken during the first burglary between 9pm on January 2 and 9am on January 3 were more than a dozen ivory figures, porcelain and jade perfume bottles and boxes from the Far East, a series of paintings and a dozen Royal Doulton figurines of ladies.
On this occasion the raider targeted the property in Amberley Drive, Worthing, while the elderly resident was asleep.
The second burglary took place in in Old Fort Road, Shoreham, between 3pm on January 2 and 5am on January 4 while the owner was away.
A large amount of valuable gold jewellery was taken along with oil paintings, bone handled cutlery, watches, Hornby 00 gauge railway items, 60 collectable American tobacco silks and a pair of foot high blue Chinese dragons from the Far East.
The third burglary was at a home in Washington, near Steyning, between 1.50am and 2.50am on January 7 while the residents were asleep.
Among the items taken were a number of brass clocks, silver candlesticks and cutlery, Chinese vases, a satinwood table and a walnut cupboard.
The fourth burglary was at a home in East Street, West Chiltington, near Horsham, between 11.45pm on Thursday and 9am on Friday.
The items taken include a seven-foot grandfather clock, a number of paintings, two TVs and a DVD player.
Detective Constable Jon Stadius  said: "In each case the burglars appear to have selected carefully the items they think are of the most value and left other items behind.
"Large numbers of items have been taken so a vehicle would have been needed to transport them away. Some of the items, such as the grandfather clock, were extremely heavy so it is likely a number of people have been involved.
"We would like to speak to anyone who has seen any people or vehicles in the areas of the burglaries recently who looked suspicious or out of place.
"We are also keen to speak to anyone who may have seen the items for sale or has been offered the chance to buy them.
"Please contact us if you know anything at all so we can catch those responsible."


Host of stolen items to be reunited with Brighton owners

Staff at Brighton Police station have amassed dozens of stolen items from burglaries across the area.
Paintings, signs, brass fittings, antiques, ornaments and similar items were stolen in 30 incidents around Brighton and Hove between March and October last year.
Police have worked to trace and reunite the items with their owners and are urging anyone who has lost possessions to get in touch.
Some items can be viewed online on the police website here.
A 37-year-old man has been convicted of three burglaries and sentenced to nine months in prison, and a 50-year-old Brighton man is currently on bail after being arrested on suspicion of handling stolen goods


Most of the properties targeted were large, historic apartment blocks in Brighton and Hove. The items recovered are all unique and identifiable. Unfortunately some valuables known to have been stolen are still missing. They include a limited edition, bronze statue "Horse Saddled With Time" created by the prominent Spanish surrealist artist Salvador Dali, worth an estimated £24,000."

Elderly woman's cash and jewellery taken in suspected distraction burglary in Bexhill
An elderly woman had her cash and jewellery stolen in a suspected distraction burglary.
Police are investigating the incident in Jameson Road, Bexhill after the woman allowed a caller to enter her flat at about 11.30am yesterday.
The caller said he needed to leave a note for a flat upstairs and the woman, 81, stayed with him while he wrote it out.
Posted by Art Hostage at 3:39 pm

Lee Collins sent in the burglars

From Last July 2013;
July 2013: A lady emailed me to say that she was called on recently by a 'nice man' who bought some items from her house. The man concerned appears to be Lee Collins, known to the police. It may be that he is now 'going straight' and is totally above board, but it is well to be on guard in case he is using access to houses to 'survey' items for future acquisition by means fair or foul. Don't also forget that my understanding is that doorstep callers require a trading licence to so do. The theft of the grandfather clock, paintings etc was in West Chiltington, appears Lee Collins may have indeed sent back thieves to raid this house.

Why are you doing this to Lee Collins he has been absolutely set up by people like you to try and ruin him and his family do you not understand the impact it's having on his young daughter he has done nothing of the sort that you are saying again why don't you get on with your own life and pick on someone who deserves it if I thought anything you wrote was true i would not be sitting here defending this poor man.

Having known Lee Collins as being 1 of the arresting officers I can say this man does not appear to break any laws as always has receipts signed by the people he brought the items from. He may offer less but if the person signs then there is no law broken. I admit I do not like it but its just not criminal and most importantly I do not like knowing my superiors are trying to set this family man up with a substantial sentence. I will stand up if the DS and DCI keep breaking rules