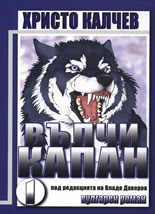 A large channel for trafficking of antiques to Western Europe and the USA had been closed down by the department for fighting organised crime of the Interior Ministry, mediapool.bg said.

Confiscated cultural-historical heritage was estimated to be worth over 10 million leva, though the precise amount was not yet clear.

Arrested were 13 people, 25 searches had been carried out in the regions of Pazardjik, Vratsa, Montana, Vidin and Rouse. Among the arrested was the organiser of the group, a well-known businessman from Pazardjik, whose name has been withheld.

Confiscated had been over 15 000 antique coins and over 400 antique vases, made from metal, ceramic and glass. Uncovered have been large amounts of fragments of marble tiles, capitals from columns and sculptures, antique swords, knives, peaks of arrows and spears, ornaments of horse-trappings, parts of warrior cart-drivers, a large collection of antique jewelry and decorative elements from an antique shrine.

The organiser of the group was said to own an impressive amount of real estate and a hotel centre. Much of which was suspected to have been bought with money from trafficking antiques.

Deputy Chief Prosecutor Kamen Sitnilski said prosecuting the accused would be a challenge, but the first accusation would be the possession of stolen goods in large quantities.

The operation took place October 22 - 24, and from the 13 who had been arrested, four were still under arrest. For the others no grounds for longer arrest were found.

As for the origin of the antiques, so far it was not clear whether they had recently been excavated or were stolen.

Spanish police said on Friday it arrested a Bulgarian national, who was part of an international drug smuggling ring.

Three men were arrested in total, including a 40-year-old Bulgaria, a Turkish national and a Spaniard, as well as seizing 23 kilograms of heroin in a raid in the southern city of Seville.

The ring was under surveillance for nearly a year and police believe the Bulgarian national was smuggling the drugs into the country.

The police seized the drugs in a secret compartment of a car and was to be sold throughout the Andalucia region of Spain. 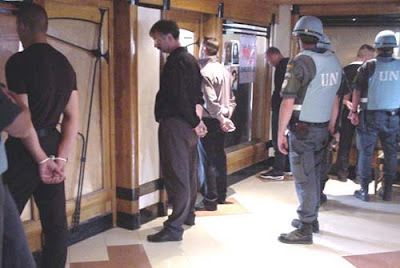