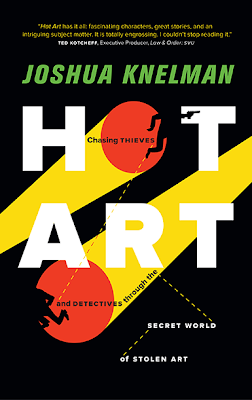 Police want to reunite stolen items with their rightful owners

STOLEN clocks, barometers, jewellery and other antiques seized by the police have been photographed and put online in a bid to reunite them with their rightful owners.

More than 500 letters have been sent out to burglary victims across Sussex after 4,000 pieces, of what police believe may be stolen items, were found in Eastbourne town centre.

Detectives from East Sussex Divisional Intelligence Unit recently seized the jewellery, which includes a huge quantity of rings, necklaces, bracelets and watches, from an undisclosed location in Eastbourne town centre.

Detective Sergeant Anita Turner, who has been leading the painstaking operation of itemising and photographing every single piece of jewellery, said, “This has been the biggest haul of seized jewellery I have certainly come across in my time as a detective.

“Not all of the jewellery is of a very high monetary value but I’m sure most of it will have significant value for the owners – we owe it to them to at least try and return their jewellery to them.”

Detective Chief Inspector Mike Ashcroft said he was unable to give details because there were ongoing investigations. However, he said intelligence had led officers to believe the items were stolen from Eastbourne and across East and West Sussex.

He said, “We are very keen to repatriate this property as soon as we possibly can but we are aware of the fact that we need to ensure that the people that come forward are genuine victims.”

DCI Ashcroft said vitims claiming their stolen items would have to fill in a form and there would be ‘robust’ checks before the property was released. He said it was unfortunate it would take time for the genuine victims but explained it was a necessary measure.

DS Turner added, “There are too many items for us to check individually, so we’re asking people who reported items missing or stolen since January 2011 to have a look at the jewellery online and see if they recognise anything and if so, then fill in the very basic form and we can take it from there.”

Pictures of all the items can be found at www.goldrush.sussex-police.co.uk.

John Drewe, 64, was said to have carried out a “systematic and wholesale” fraud on Jeanne Du Feu, who has lived since 2005 at Cranwich, near Thetford.

Drewe was convicted following a lengthy trial at Norwich Crown Court of theft of the £240,000 proceeds from the sale of the victim’s house in Charlton, south London. He was also convicted of fraud involving the transfer of the title of the property where she lived in Norfolk, which was valued at about £425,000 which he got transferred to his company Energy Resources Group, which had never traded or had any assets.

The cash was spent in just eight months and then when Miss Du Feu was struggling for money he then asked her if she could borrow from a friend. Drewe subsequently targeted her friend, who has since died, and was convicted of obtaining £4760 from her.

The jury however could not reach verdicts on four further fraud counts and these have been ordered to lie on file.

William Carter, prosecuting, said that the victim in this case was vulnerable and was at a “low ebb” at the time.

“Drewe took advantage of that vulnerability.”

He said it was only the intervention of a friend who helped her seek advice from Norfolk lawyer Malcolm Savory which prevented the further loss of her £425,000 home in Norfolk.

“The effect on the victim has been very substantial indeed. In particular it has left Miss Du Feu almost entirely reliant on the goodwill of others, when she should have enjoyed the latter years in relative comfort. She has spent three years or there about living in a house to which she knew she had no title and that of course will be rectified in due course.”

He said that when Miss Du Feu’s funds had run short Drewe had then turned to her friends and had got one of them to give him cash.

“This was a well planned and professionally executed fraud and profits were high.”

He said that when Drewe was arrested at his home in Reigate, Surrey, he had tried to blame others.

The court heard that Drewe, was convicted in 1999 of conspiracy to defraud, forgery and theft, involving a major art fraud and was jailed for six years.

Jailing him and banning him from being involved in the management of any company for the next 10 years Judge Alasdair Darroch told him: “In my view you are about the most dishonest and devious person I have ever dealt with, even through the trial you were fabricating documents.”

He said that having stole the £240,000 proceeds from the sale of the home in London he had tried to get his hands on more of Miss Du Feu’s cash.

He said that Drewe obviously had not learned his lesson from his previous jail sentence and said: “I hope the second time around the lesson might be learnt.”

After the case Det Sgt Dave Kirkham of Norfolk police economic crime unit, who led the complex investigation said: “I am very pleased with this conviction because if the jury had not seen through Drewe’s lies an elderly vulnerable woman would have lost her home and life savings.”

He added: “The constabulary will continue to prioritise cases where the weak, vulnerable and elderly are targeted by fraudsters.”

The court heard how Drewe had previously been jailed for an art fraud in 1999 when he had provided fake history for art works.

He altered the ledger of a major art gallery by going to its archives and removing a page from the catalogue, and inserting a false page.