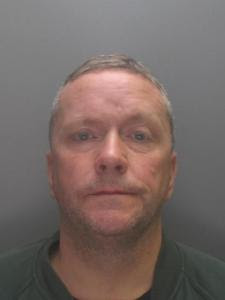 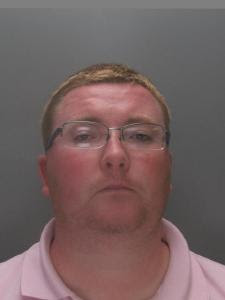 Two "highly trusted" couriers for #1.7m LS Lowry masterpieces stolen from a collector's home while his infant daughter was held at knife-point have been jailed.

Unemployed Kevin Marlow, 29,and former boxer Gerard Starkey 50, claimed they were unaware of the Manchester painter and acted on orders from "sophisticated" criminals.

In May 2007 Lowry expert Ivan Aird was bound by cable ties by "muscle for hire" Casey Miller who tricked his way past Mr Aird's wife Louise by posing as a postman.

Miller - who "didn't know Lowry from Adam" - burst into the modern four-bedroomed property on Brackenwood Drive to carry out a frightening 7am raid on 3rd May.

Three masked men followed and a 10 inch knife was held to the throat of Mr Aird's two year-old daughter, Sabrina, while the walls were stripped of works worth #1.7m.

Among the 14 artworks stolen were The Viaduct - which was once hung above Sir Alec Guinness's fireplace - the Tanker Entering The Tyne and Lowry's palette and brushes.

At Liverpool Crown Court Judge Graham Morrow refused to believe Starkey's defence that he was approached by two unnamed men "out of the blue".

The two men introduced have not been named by the pair for "fear of reprisals".

These men are thought to have "orchestrated" the transportation of the artworks and ordered Kevin Marlow to approach Starkey for the use of his storage unit.

Organised Crime squad officers multi-force TITAN unit along with the Matrix team from Merseyside Police carried out the surveillance operation on Marlow after a tip-off.

The cocaine addict was spotted by police moving artworks by the Manchester artists from a lock-up in Bootle, Liverpool, owned by former boxer Graham Starkey in July 2011

They watched Marlow arrive at the home of Graham Starkey where he revealed he had been sent because the paintings needed to be moved.

Starkey then visited his lock-up on Northcliffe Road in Bootle and selected the paintings that were then taken to back to nearby Marlow in a Renault Megane.

The 29 year-old Marlow then drove to the address the third man in Halewood and was video taped unloading "a number of paintings with several men".

When the flat was raided police found a forgery of the Lowry masterpiece The Factory in an airing cupboard and The Viaduct and Tanker on the Tyne in the main bedroom.

A 41 year-old man who was living at the property will be sentenced at a later date but told police he "knew what they were here for" when they raided the property.

The following day a warrant was executed on the unit owned by Starkey and over a dozen paintings including a palette and brushes used by Lowry and others by Arthur Delaney.

The paintings, sketches and utensils by Lowry were valued as being between #5,000 and #30,000 each and included The Market Street and The Surgery.

Mr Aird, who used to play marbles with LS Lowry at his Cheadle home, identified the artworks in August 2011 as being those stolen from him in the violent robbery.

Starkey and Marlow both denied knowing they were in possession of LS Lowry masterpieces or their huge worth.

But Judge Graham Morrow claimed they did not have to be "art experts" to know who Lowry was and his place in history.

He said: "I accept that none of you knew the circumstances surrounding the robbery of the paintings but you were highly trusted couriers and organisers in a hierarchy.

"The high level of profit is self evident.

"You both facilitated the delivery of the paintings so that they could be viewed by a potential buyer, including one man who was Eastern European.

"And you did that on several occassions and the artist's name had been mentioned to you so you were aware of the high-profile of these paintings."

The Viaduct and Tanker Entering The Tyne paintings were worth #750,000 and #600,000 but after being kept in a poor condition within Starkey's lock-up they were damaged by damp and mildew.

Some of the illicit cache hidden in the air-tight container were beneath "Army style blankets" but it is unknown how they got to Merseyside from Manchester.

The Viaduct has since been restored by Mr Aird, whose father George was friends with Laurence Stephen Lowry.

But Tanker Entering The Tyne may not be restored due to the "rabbit skin glue" used to preserve the oil painting after the renowned northern artist completed it in 1967.

Casey Miller was jailed indefinitely in 2009 and Manchester Crown Court heard he had a "shocking record of violence" but not the "wit" to orchestrate the raid on Mr Aird's home.

The art dealer welcomed a "happy ending" to an ordeal that left his family traumatised and him unwilling to keep any more valuable Lowry paintings at his Cheadle home.

He said: "I was powerless to do anything as I watched them put a knife to my daughter's throat, threatening to kill her demanding to know which were the most valuable paintings.

"My wife felt paranoid for a long time afterwards and wouldn't leave the window open upstairs. She always felt like she was being followed down the street.

"My daughter would run up and kick the door for months after the attack but thankfully those memories have faded and now she cannot remember what happened.

"It has been a happy ending today."

Added Mr Aird: "I grew up around Mr Lowry because he knew my father, George, and he taught my brother Phil many techniques.

"I had little idea as a boy how important he was. He was a visitor to the house and my memories from that time are of playing marbles with him and showing him my Action Man toys.

"We spent many a Saturday afternoon together and the paintings mean a lot to me, they have huge sentimental value."

Det Supt Jason Hudson from the Northwest Regional Organised Crime Unit (TITAN) said: "These three men were part of a shocking raid that has left mental scars on the family of Mr Aird.

"We still do not know how they came into possession of the LS Lowry paintings but it is clear that because of their high-profile they were struggling to get rid of them.

"A significant amount of drugs was found at the property where seven paintings and sketches were found.

"These people were more professional drug dealers than art thieves.