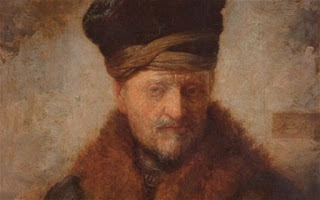 Serbian police have recovered a painting by 17th-century Dutch master Rembrandt that was stolen in 2006.

Rembrandt's "Portrait of the Father" was found on Monday during a police operation in Sremska Mitrovica, some 50 kilometres (31 miles) west of Belgrade, a spokesman said. Four people have also been arrested.
The masterpiece was stolen from a museum in the northern town of Novi Sad, 70 kilometres from the capital, with three other works.
Four people were arrested during the operation, the spokeswoman said.
The painting, which the museum estimated was worth 2.5 million pounds (2.8 million euros, $3.7 million), was stolen in January 2006. It had already been stolen 10 years earlier but was recovered in Spain.
The work is 28 x 22.5 centimetres (11 x nine inches) in size and was painted around 1630.

The other paintings stolen from the Novi Sad City Museum in 2006 were a Rubens, a piece by Francesco Mola from the 17th century, and another by an unknown German-Dutch artist from the 16th century.
At the time police said that two masked and armed robbers broke into the museum and tied up two employees on duty before making off with the paintings. None of the other works has been recovered.

Rembrandt Harmenszoon van Rijn, who lived from 1606 to 1669, is considered one of Europe's greatest Baroque painters and his country's most important.
Source: AFP
Posted by Art Hostage at 4:08 pm