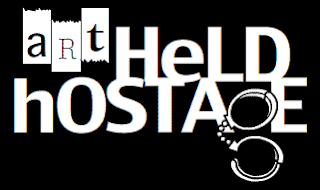 Monday 04 March 2013
A 19-year-old Romanian woman has been arrested in Rotterdam in connection with last October’s theft of seven very valuable paintings from the Kunsthal in Rotterdam.
She is being held on suspicion of possessing the paintings, including works by Matisse and Picasso, in the period after the robbery.

Police think the paintings were taken to a property in Rotterdam where the woman lived. There the paintings may have been removed from their frames, police said.

The woman is the said to be the girlfriend of a 28-year-old Romanian arrested in Romania in January. He, plus two other men aged 23 and 25, are in custody in Romania.

The seven paintings were stolen during a lightning raid on the gallery in October last year. The total value of the haul was put by some experts at up to €100m.

This weekend, there were reports from Romania that two of the paintings may have been burned.

The mother of one of the main suspects told local broadcaster Antena3 she had destroyed the paintings to help her son. Rotterdam police said later there is no evidence to suggest this is true.

First yesterday the Stradivarius violin recovered in Bulgaria, now further links to Romania about Rotterdam Kunthstal Art Heist.
Next January, 2014, when Romanian and Bulgarian nationals have freedom of movement around Europe expect a crime wave to hit like a tsunami.

Furthermore, people will steal art, they always have and always will.

Whilst there can be good and valid reasons not to offer any money for recovering stolen art, be that by way of reward, which we all know are bogus in any case, or by way of a fee, the net result, as may be proved in this case, is the stolen art never gets recovered, or worse still, is destroyed.
Case in point was the raid on the museum in Paris a few years ago when five paintings were taken valued at over $100 million and the thieves, whilst caught, panicked and alleged to have destroyed the paintings by discarding them in the rubbish, see the story from October 2011 below:
http://arthostage.blogspot.co.uk/2011/10/stolen-art-watch-musee-dart-moderne.html

Perhaps it may take the insurance companies taking huge hits on stolen art that never gets recovered or is destroyed to provoke renewed offers of money for the recovery of stolen art, not the historical bogus reward offers, but a fee for information that leads to the recovery of said stolen art. Just a thought !!
Posted by Art Hostage at 9:38 am