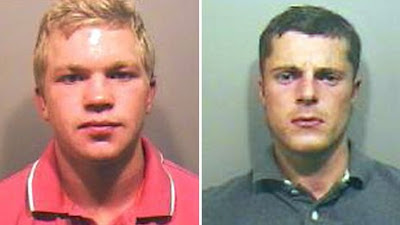 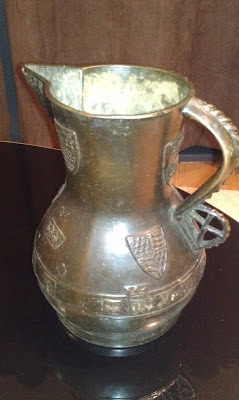 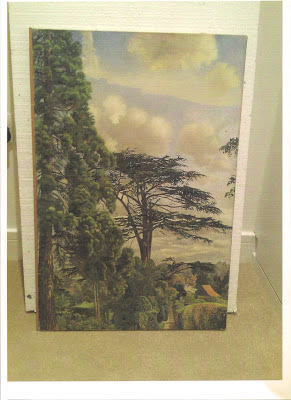 Two young men who were involved in the theft of the Wenlok Jug were sentenced to a total of eight years in prison at Luton Crown Court today (March 15).

Ronald Nash, 23, from Tadworth in Surrey, pleaded guilty to handling stolen property and being concerned in the supply of Class A drugs and was given a three years and three months prison sentence.
Louis Kybert, 25, of Barnstead in Surrey, pleaded guilty to the possession of two stun guns which were disguised as moblie phones, and being concerned in the supply of class A drugs. He was given a five year prison sentence with a concurrent three month sentence for breaking a previous suspended sentence.
Sentencing Nash, Judge Joanne Harris said: “It’s clear to me that there are criminals who are far more experienced that you higher up the chain in terms of these offences. I take into account that you have gone into something way above your head.”
Judge Harris described the Wenlok Jug, which is worth over £1 million, as “part of our national heritage”, and said the impact of the theft on the local community on May 12 last year had been huge.
Nash was arrested and charged following an indepth investigation including an appeal on BBC’s Crimewatch.
He was described by family friend Anthony Hart as a “very cheeky” young man with learning difficulties who had attended a special school.
The Wenlok Jug was found wrapped in a towel in a holdall at Nash’s rented garage in Epsom, Surrey.
Police also discovered cutting agents for drugs, traces of MDMA, cocaine and methamphetamine, other drug paraphenalia, body armour and disguised stun guns which Kybert took responsibility for.
The judge said Nash’s behaviour was “reckless”, and said it was clear both men were “frightened of people higher up the food chain” as Nash had been very vague about how the Wenlok Jug and other items came to be in his garage.
The Wenlok Jug:
The wenlok was stolen from a glass case in the stockwood discovery centre in stockwood park, Luton on may 12, 2012.
it was made between 1400-1500ad and is of enourmous historical significance to luton.
it’s believed the jug was given to the wenlok family of luton - possibly william wenlock who died in 1391 and is buried under st mary’s parish church.
the museum purchased the jug for £750,000 in 2006, and it is now valued at over £1 million.
the bronze jug weighs 61kg and is inscribed with the words ‘My lord wenlok’

A £1m rare medieval jug stolen from a Luton museum was found in a rented lock up in Epsom wrapped in a towel between two stacks of tyres, a court has heard.
How the bronze Wenlock jug, which dates back to the 1400's came to be there remains a mystery, but although it has been returned to the Stockwood Discovery Centre, it can no longer be displayed because of the cost of insuring it.
The man who admits handling the jug, 23 year-old Ronald Nash was today (Fri 15th Mar) has been jailed for a total of three years and three months at Luton Crown Court.
His sentence included one year for being concerned in the supply of cocaine, with two years and three months consecutive for handling stolen goods. He pleaded guilty to both charges.
He was told by Judge Laura Harris: "It is not only the monetary value of the jug, but it is a national heritage item.
"Individuals far more sophisticated than you, higher up the chain were involved in this matter. You have got into something way over your head."
The Wenlock Jug is a national treasure, and one of only three in the UK. It is made of bronze and stands 31.5 cm tall and weighs 6.1 kg and is decorated with coats of arms, badges and the inscription 'My Lord Wenlock'.
It is thought the jug was made for either William Wenlock who died in 1391 and is buried in Luton and  was a Canon at St. Paul's Cathedral or his great nephew John, the first Lord Wenlock who lived near Luton and had associations with royalty.
It was bought in 2006 by the Stockwood Discovery Centre for £750,000 with help from various trusts and private donations, which saved it from being sold abroad.
It was displayed in a high security cabinet which was smashed with a drain cover by the burglar on Saturday May 12 after 11pm. The raider was caught on cctv but with his face concealed.
The theft was featured on the tv Crimewatch programme and insurers offered a £25,000 reward for its return.
Following a covert investigation by Bedfordshire police it was found on Sept 24 last year at a lock up garage rented by Nash in Michelham Gardens, Epsom.
Prosecutor, Miss Fayza Benlamkadem, said there was evidence that the lock up was being used for packaging Class A drugs. Traces of cocaine and Ecstacy were found there along with cutting agents and other paraphernalia.
Police also discovered two stun guns, disguised as mobile phones and body armour.
Before the court were Ronald Nash, 23 of Pitwood Green, Tadworth, Surrey who pleaded guilty to handling the stolen jug, and being concerned in the supply of Class A drugs.
Louis Kybert, 25 of Ferndale Road, Banstead, Surry pleaded guilty to the possession of two stun guns and being concerned in the supply of Class A drugs. He was arrested by officers during the search for the jug. He was jailed for five years.
Miss Benlamkadem read an impact statement to the court from Karen Perkins the director of Luton Museums.
In it she said: "It was wonderful to get the jug back, it had been totally devastating for staff and visitors."
But she said the knock on effect had been that other valuable items had had to be removed from display, and there was now a significant increase in the cost of security which effected services that could be provided for the local community.
Abigail Penny for Nash said; "The jug was so valuable it was probably unsaleable, but given his naivety he did not understand the value or the historical significance of the item.
"He has not given information to police because he is genuinely frightened."
Katie Spears for Kybert said: "There were pressures on him from external influences. It is very surprising that he got into this situation, it has changed the course of his life."
She said there was no evidence the stun guns had been used, and said they were of less voltage that a police Tasar.
But Judge Harris said because the weapons were found in association with drug activity there had to be a minimum five year prison sentence.
Posted by Art Hostage at 5:43 pm