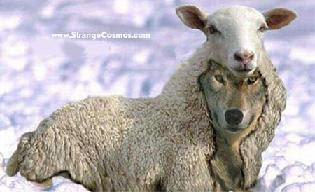 Group of Seven in Danger !!

Art Hostage has some astonishing news coming from the Canadian Underworld.
Remember the early reports about the Bill Reid theft and the leading suspect was "Out of jail" on the night of the Bill Reid theft ?
Either Gerald "Danny Boy" Blanchard/ Aaron Syberg when they got back to jail were interrogated by a convicted Underworld Godfather, before telling the guys to hand the Bill Reid Icons back.
However, this information was relayed to the RCMP via a nominee so they could collect any reward and the RMCP attended the scene and recovered the Bill Reid Icons.
Now the Convicted Underworld Godfather will try and collect the reward via a proxy and the whole matter will then be swept under the carpet, not least because allowing either Gerald Danny Boy Blanchard or Aaron Syberg to be released, let alone released to commit Canada's biggest Cultural art heist, is embarrassing to say the least.
O'h boy, it gets allot worse, trust me.
Now the Bill Reid Icons have nearly all been recovered, Gerald "Danny Boy" Blanchard/Aaron Syberg are looking to the future.
What is the next target for the Blanchard Gang ?
Art Hostage has been given details, interested ?
Apparently, The McMichael Canadian Art Collection houses paintings by the so-called "Group of Seven" which would attract an even bigger outcry, and even bigger reward.
It is in a place called Kleinburg near Toronto and Blanchard/Syberg have been given details to work on a sophisticated heist.
Although Blanchard and Syberg may have fallen out over certain things, when it comes to the bottom line a Modus Vivendi will work.
It must be said however, that whilst in jail both Blanchard and Syberg have been offered many heists, some rejected out of hand, this one apparently The McMichael Canadian Art Collection Heist has legs.
Perhaps the RCMP Toronto should pay a visit to The McMichael Canadian Art Collection and conduct a new security review.
Whether any new security at The McMichael Canadian Art Collection will thwart Gerald Danny Boy Blanchard, Aaron Syberg and their new found Underworld Godfather paymasters remains to be seen.
To be continued.....................................
Update:
Well this, if true, is astonishing.
Apparently, the telephone call to hoodwink the Security guards at the University of British Columbia, fooling them about the CCTV going offline at the Museum of Anthropology, was made, wait for it, from Jail by either Gerald Danny Boy Blanchard, Aaron Syberg or another inmate involved.
The Bill Reid post-mortem is getting worse by the minute !!