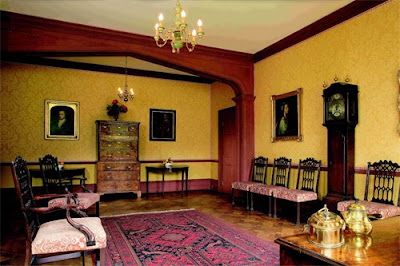 Thieves stole valuable furniture from a Selborne museum by carrying it 400 yards to their getaway vehicle parked in a pub car park.
Gilbert White’s House and The Oates Museum, one of Hampshire’s finest historic houses, was burgled during the night between Monday, May 12 and Tuesday, May 13.

Having previously visited the tourist attraction to prepare their attack, the thieves entered.

the property via the gardens and broke a window in order to enter the house, where they cleared the Great Parlour of its 18th century furniture.

Items taken included a grandfather clock, two semicircular tables, four dining chairs, a chest of drawers and two tallboys. All these items were lifted through a narrow window and carried through the grounds over a distance of about 400 yards to the waiting transport which was parked in the car park of the Selborne Arms public house.

Staff were shocked and upset the following morning when the break-in was discovered. Museum director Maria Newbery said: “It is very sad when part of our heritage is destroyed like this.

“Visitors have always enjoyed the special atmosphere in the Great Parlour, a room which was added to the house in 1777, when Gilbert White lived here.”

While the furniture did not belong to Gilbert White, as his own was dispersed following his death in 1793, the room had been set out and furnished as accurately as possible to recreate it, using entries in his many journals as a guide.

Museum staff doubt whether the furniture will be recovered.

The room has now re-opened to visitors and will be used to house a temporary display until replacement furniture can be purchased.

Art Hostage comments:
Take another look at the photograph heading this story, everything in it was stolen during this audacious theft.
Perhaps the advertising of Historic Houses should not include such detailed, inviting photo's of the art and antiques contained therein !!
Here is the link to the Gilbert White House website:
http://www.gilbertwhiteshouse.org.uk/thehouse.php
Sometimes life is made too easy for the criminals, let alone investigating post theft !!
Coming soon, the possible journey of these stolen antiques......... 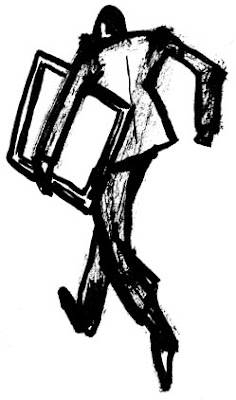