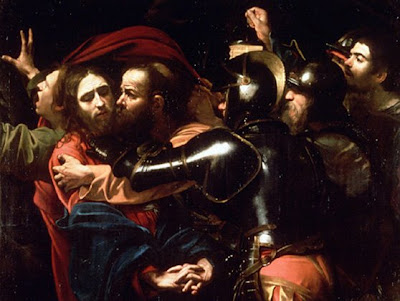 The Kiss of Judas by Caravaggio disappeared from Odessa museum

Kiev, July 31, Interfax - Odessa Museum of Western and Eastern Art missed the painting by Caravaggio The Taking of Christ (or - The Kiss of Judas).

The Ambassador of the Russian Empire in France acquired the painting and transferred it to the Odessa Art College early in the 20th century. Then it belonged to the Gallery of the old painting (today's Museum of Western and Eastern Art) However, Caravaggio authorship was under question. In mid 1950s, it was proven that the Italian master in fact painted this work.

Kiev specialists restored the masterpiece in 2006.

Regional administration for internal affairs has informed that police officials and cynologists conducted investigation in the museum.

"The windows had been carefully removed and that is how the criminal got into the museum. The alarm did not go off because the windows had not been broken," Odessa police chief Vladimir Bossenko was quoted by the news agency as saying.