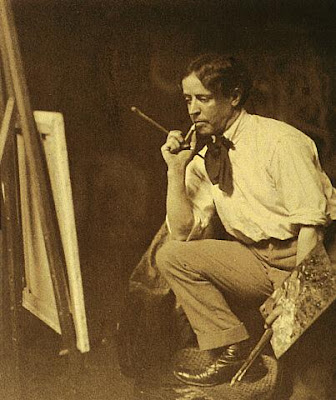 A Charles Goldie portrait of a Maori woman has been stolen from a home in Mosgiel.

Mosgiel police said the theft was thought to have taken place between February and July this year but was only recently discovered by the owners.

The painting was a head and shoulders portrait of a Maori woman looking back over her shoulder. She has a moko and her hair tied back.

The painting was about 24cm by 18cm in an oval, wooden frame.

It was a gift to a member of the family from the artist more than 60 years ago. "Goldie paintings are quite distinctive and it is hoped that somebody knows something of this painting's whereabouts," said Senior Constable David Leonard.

"As it was a gift to the family they are quite distraught about its disappearance as it has sentimental and historical value to them," he said.
Anyone with any information should contact police.

The painting had never been valued for insurance purposes, nor was there a photograph of it available.

Charles Frederick Goldie, 1870-1947, is one of New Zealand's best known and most controversial painters.

He is famous for his precise, detailed portraits of Maori wearing moko.

Here we go again, get Chris Comesky on the phone, he will do the same thing as with the medals stolen and we will have this Goldie back home by lights out.

Prophetic words from a war hero's daughter, watch this video below and see how Danegeld works.