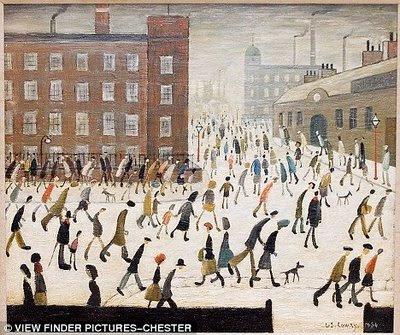 A LORD convicted of knowingly selling a fake LS Lowry-style painting has been jailed for three years.
-
Lord Maurice Taylor, aged 61, of Kermincham, near Congleton, was found guilty of six charges of fraud at Chester Crown Court earlier this month.
-
The charges related to a Lowry-style mill street scene painting. He was cleared of one charge of forging an invoice relating to the painting.
-
The lord, who bought his title of Lord Windsor Taylor for £1,000 off the internet, made several hundred thousand pounds and tricked Bonham's auctioneers into believing the painting was genuine.
-
He was sentenced today at Chester Crown Court.
Posted by Art Hostage at 10:51 am