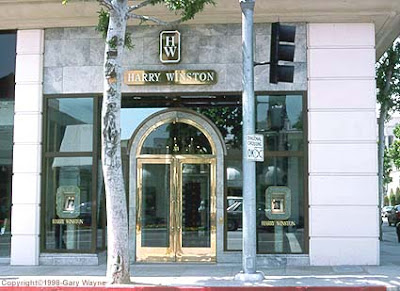 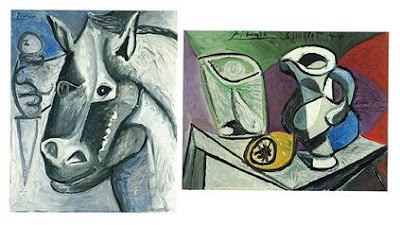 The robbers, some dressed as women and wearing wigs, had grabbed euro85 million ($118 million) worth of loot Dec. 5 at the store on a fashionable street off the Champs-Elysees. It was one of France's largest jewelry thefts.

French investigators and police had been watching suspects in and around Paris for months. On Sunday, they learned foreigners were on their way to collect some of the booty, police said Monday on condition of anonymity because they weren't authorized to speak publicly about current cases.

Police decided to swoop in the suspects and arrested them Sunday afternoon and Monday morning, police said.

The robbery had taken place several weeks before Christmas when thieves, some of them dressed as women and wearing wigs, had nabbed the jewels at the store on a fashionable Paris avenue that is lined with fashion shops, a luxury hotel and fancy cafes.

Members of the Pink Panthers gang that operates out of the Balkans and have been involved in some other high-profile jewel thefts were originally suspects, but they appear to have been ruled out, police said.

The theft lasted just a few minutes, when the armed robbers entered Harry Winston through the front door before scooping up rings, necklaces, earrings among other jewels and escaping down the Avenue Montaigne. The store, on the same street as Dior, Armani, Prada and other boutiques, has been the target of thieves on several other occasions.
Art Hostage Comments:
-
Remember Art Hostage said look in the South Suburbs of Paris for the Harry Winston haul ??
-
French Police pulled out all the stops and were given a free reign by none other than French President Nicholas Sarkozy.
-
The Pink Panthers pissed off Nicholas Sarkozy in January 2009 when they robbed his ex-wife Cecilia Attias of her jewels, bad move guys !!!
-
Back-story:
http://stolenvermeer.blogspot.com/2009/01/stolen-art-watch-harry-winston-thieves.html
-
Art Hostage tried to warn the Pink Panthers back in January they had gone too far and they should have returned the jewels stolen from Nicholas Sarkozy's ex-wife.
-
The French Police approached this as if they were investigating a terrorist organisation and seemed to have come up trumps. A security guard at Harry Winston was among those arrested as well as local gangsters with affiliations to Pink Panthers.

The news blackout on the identity of those arrested in Monaco played a part and it was only when leaks started to emerge French Police were forced to move in.
Exactly how much of the Harry Winston haul was recovered will emerge over the next few days.
Also, expect a breakthrough on the paintings stolen in Switzerland February 2008 which include Cezanne's Boy in the Red Vest a Degas and the two Picasso's on loan from the Sprengel Museum in Hanover.
Those trying to deal for these stolen paintings will discover they are about to be arrested as they show the paintings to a potential buyer.
As soon as any of the stolen Swiss paintings see the light of day Police will swoop and arrests will be made.
Don't say you were not warned, no good crying when you are under arrest, it's your own fault for not consulting Art Hostage.
-
Should have stuck to making a deal in Belgrade, Serbia !!!
-
Update: Word From Serbia, Dragan Mikic is Monaco Man !!!!
-
P.S. Temple Newsam clock,
-
Recovered, arrests to follow !!!
Posted by Art Hostage at 8:17 pm