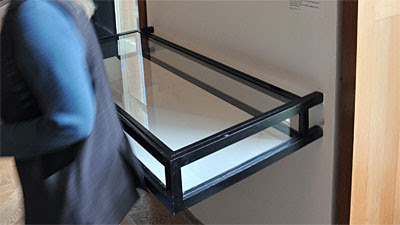 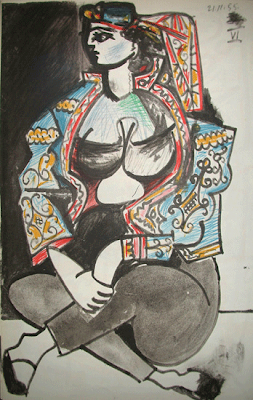 http://www.digitaljournal.com/article/273872
A sketchbook containing some 33 drawings by Pablo Picasso worth about 8m euros has been reported stolen from a museum in Paris.
-
The exact time and how the theft was carried out are not yet known but the sketchbook has been taken from the Picasso Museum. The sketchbook is valued at more than £10million.

The BRB which is a special unit of the interior ministry is in charge of the investigation.

It is likely the theft was carried out between Monday evening and noon on Tuesday.

The initial investigation shows there was no sign of a break-in. This suggests professional art criminals could well be behind the crime.

Alarms in the fortified museum were somehow switched off, and no windows were smashed or doors broken open.

Apparently, the sketchbook, which was once the property of one of the world's best known artists, was kept in an unlocked display case on the first floor.

The museum's management are not yet commenting.have so far refused to comment on the theft.

The Picasso museum is set to close this summer for at least two years for renovation work put at 20m euros.

The museum contains more than 250 paintings and 1,500 drawings by the Spanish artist.

BREAKING NEWS from the ART LOSS REGISTER
June 9, 2009
Picasso Book of Sketches stolen from Paris Museum
http://www.artloss.com/
Paris, France - June 9, 2009 - A notebook of sketches by Pablo Picasso has been stolen from the Picasso Museum in Paris, France. The folio, which includes 33 drawings, was discovered missing on Tuesday morning. Sources report that the book is work several million euros.

The book has been registered on the Art Loss Register's database of lost and stolen artwork. Picasso is the ALR's most stolen artist, with 710 items currently missing. The ALR added 93 stolen Picassos in the last year alone. The Art Loss Register believes the reasons for Picasso's popularity among thieves are the artist's widespread name recognition, as well as the fact that he was extremely prolific. The high prices reported in the press following record-breaking auction sales also fuel thefts of artwork. Recently, for example, a Picasso painting sold in New York at Christie's for $14.6 million dollars.

In London:
Julian Radcliffe
Office: +44 (0) 20 7841 5780
Email: julian.radcliffe@artloss.com
In New York:
Christopher A. Marinello
Office: +1 212 297 0941
Email: cmarinello@alrny.com
Art Hostage comments:
-
Unlocked, unlocked, they left the bloody display case unlocked !!
-
The credibility of the BRB is as wobbly as cafeteria jello !!!
-
An unlocked display case, what was the museum thinking of ???
Small, priceless and portable, worth more than its weight in gold, this Picasso sketch book is a huge loss for the art world.
Pink Panthers, with a little help from their friends.
Posted by Art Hostage at 5:22 pm