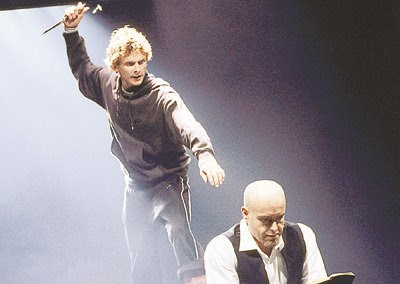 AN ANTIQUES dealer found guilty of conspiracy to handle stolen goods from a robbery in Aldsworth was sent to five years in prison today (April 25).

Philip Capewell (64) must serve at least half of the sentence before being released on licence after the jury at Hove Crown Court found him guilty of the offence.

The stolen items were taken from a violent robbery where an elderly couple were threatened to have their fingernails removed by pliers if they did not hand over antiques to a gang of robbers in balaclavas.

Wolfgang Schmelz (57) and Christopher Doughty (48) who are charged with robbery pleaded guilty to conspiring with Capewell to handle the stolen goods from the Aldsworth robbery.

After the sentence was dealt Detective Sergeant Paul Sellings, of the Major Crime Branch at Sussex Police said:

"Philip Capewell is a sophisticated, professional handler of stolen goods. "Within hours of receiving the stolen property from the Aldsworth house robbery he disappeared then through out the south of England.

"Without such people, thieves are unable to make a profit for their crimes. The sentence handed down today sets a clear message that men like Philip Capewell will be treated seriously by the courts."

He was also acquitted for conspiring with Daniel Brummer to handle stolen goods.

Walton Hornsby, prosecuting, said that items worth £77,000 were recovered from the Aldsworth robbery which took place in June 2006.

Capewell has appeared in court on five occasions in the past for thirteen offences of handling stolen goods between 1975 to 1987.

Richard Cherrill, defending, said of Capewell 'This man has good in him and not all bad'. He also said that Capewell had been suffering from depression for the last six years.

Judge Guy Anthony said: "You are a professional handler of stolen goods and if there were no handlers there would be few thiefs. I bear in mind your age and less than perfect health.

"You demonstrated no remorse whatsoever and gave no assistance to the police. You are the sort of person that gives antique dealers a bad name."

The jury at Hove Crown Court were unable to give a verdict for the charge of robbery for Schmelz and Doughty and was discharged on Friday (April 24).

Note that Phillip Capewell has convictions for handling stolen property going back to 1975 through 1987. Thirteen convictions in all before these latest five.

The fact Capewell dragged out the trial at great cost to the taxpayer, ten weeks, is another factor against Capewell.

Richard "Tricky Dicky" Cherrill could only offer mitigation of:

Richard Cherrill, defending, said of Capewell 'This man has good in him and not all bad'. He also said that Capewell had been suffering from depression for the last six years."

Depression, depression, Well, how about poor Mr and Mrs Williams, Tom and Sarah, whose ordeal has been traumatic to say the least.

Phillip Capewell has, for the last twenty years made enormous amounts of money on the suffering of people like the Williams.

The Judge in this case should, using current sentencing guidelines, given Capewell 1 year for each of the four handling charges, but 10 years for the handling of the Aldsworth House antiques, with an order to pay the Williams at least the £382,000 value of the stolen property, less the £77,000 for the recovered property.

The aggravating factor coupled with the career criminal status justifies a 10 year sentence.
The violence used is the main factor and the five years shows there is something Rotten in Denmark.

I am counting the days until Phillip Capewell is moved to Ford Open Prison, where there is a job vacancy looking after the Cats, as Terry "The Commander" Dickens passed away last year.

Phil, when you see the ghost of Terry "The Commander" Dickens down at Ford, whilst you look after the Cats, don't forget Shakespeare's, Hamlet, act 1, scene 4, "Something is rotten in the state of Denmark,"

Getting shipped out to Ford Open Prison is a luxury and would normally take several months or a year.

But as Phillip Capewell has a long-standing history of "Body-Trading" he will be in Ford Open Prison tending the little pussies within the next four weeks, perhaps sooner if he decides not to appeal.

It is rumoured when Phillip Capewell dies, his grave will be dug to 50 feet, because deep down he is a nice person.

The driver of the funeral hearse will certainly get caught speeding !!

Upon another note, I wonder if there is going to be a hearing to seize any assets held by Phillip Capewell under the 2002 Proceeds of crime act ??
The moral of this tale is:
"When a Brighton Antiques Dealer is down, kick him harder !!" 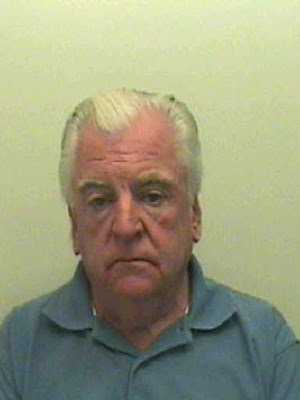 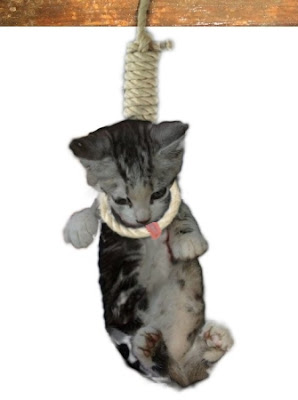 Amazing to see that Phil Capewell, the man who plundered the South of England from Cornwall to Suffolk back in the eighties and sold most of of it to dealers in Germany is still at it and largely getting away with it!

I knew Capewell in the 1970's when he was 'dealing' in Nazi memorabilia.If he did not get his way he would 'thump' anyone who did!
He deserves the full five years...not half!

I alsoknwe Capewell.His so calleddealings in and around Portobellow Road market were well known within the Nazi memorabilia trade. He organised many brake-ins to other traders and 'fenced' the goods...he go away with a lot more than was disclosed in his court case!
Bang him up for the full five years and more some!

I also knew and crossed swords with him 'litraly' in the 1970's. After showing him a rare and important SS officer dress dagger he enquired about, he thumped me and tried to steal the SS dagger from me at an antiques fair in Surrey....
I have since seen him in the Neptune pub in Brighton, he looked much like Arthur Dailey in his camel coat!
-

PS Error of my ways!....I no longer collect such vile items that should remain in museums.