Stolen Art Watch, Less Jail-time if you Sing Like a Canary, become a Sewer Rat !! 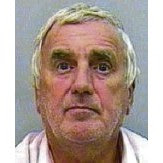 'LENIENT' SENTENCE FOR ANTIQUES DEALER
2 readers have commented on this story.

A 71-YEAR-old Torquay antiques dealer who acted as a fence for a gang of professional jewel thieves he nicknamed 'The Firm' has been given a 112-day jail sentence.At Exeter Crown Court Recorder Richard Stead told Kenneth Paterson that the sentence was 'very lenient'.

But the Recorder also told the pensioner: "Given the mitigating factors I do not see any purpose being served by keeping you in custody any longer."

At an earlier hearing Paterson was convicted by a jury on two charges of possessing criminal property.

Paterson was covertly filmed by an undercover police officer trying to buy two stolen rings and he was also recording dealing with the same officer who was posing as a criminal from Belfast.

The officer know only as 'John' had infiltrated an antiques business in Torquay which was being used as a front for buying and disposing of gems, heirlooms and treasures stolen in raids on properties throughout Devon.

In Operation Moonstone Linda Nichols, the owner of Upstairs Downstairs in St Marychurch, was flushed out as a major fence for stolen property in Torbay.

Paterson was a regular at the shop and it was while he was there he was introduced to John and started dealing with him.

The undercover police operation led officers to raid Paterson's home and there in a storeroom they found display cabinets full of jewellery, watches and other sentimental items stolen in the house raids.

During the trial the jury listened to victims tell how they were devastated and traumatised at being burgled and having their lifelong treasures stolen. Police found 34 stolen items worth many thousands of pounds in Paterson's storeroom.

Paterson told the court that he had acted 'foolishly' when dealing with John but was trying to get rid of items he thought were 'dodgy' because of the price he had paid for them. Of other jewellery found at his premises he said he did not know the items were stolen. He used to buy at car boot sales and markets and did not ask questions because most of his purchases were 'run of the mill' stock for his stall.

Paterson was convicted on the two charges by 10-2 majority verdicts after the jury had retired for more than seven hours spread over two days. He was cleared of three other similar charges.

Prosecutor Malcolm Galloway said Paterson had previous convictions for handling stolen goods and a burglary in Truro where he and another forced their way into a bungalow and stolen clocks, jewellery and other antiques worth £6,000.

At a previous court hearing Paterson had pleaded guilty to handling stolen goods and had received a six-months prison sentence suspended for 12 months because at the time he was looking after his wife who was terminally ill with cancer.

Mr Galloway said 56-year-old Linda Nichols who ran Upstairs Downstairs in St Marychurch, Torquay had played a pivotal role in acting as a fence for gems and other valuables stolen in house raids across Devon.

It was estimated she had benefited to the tune more than £911,000 and when she admitted conspiracy to handle stolen goods and handling stolen goods she was jailed for three years.

Following his convictions on the two charges in February, Paterson was remanded in custody for the preparation of a pre-sentence report. That means that he will be released immediately from the sentence imposed yesterday. Sewer Rat !!

Reader comments
Let's not forget that in Torquay two years ago an elderly lady died from shock after a burglary instigated by theis firm - see HE reports from then. This sentence hardly refects the damage that such greedy, selfish criminals extact on our society. So he's 71? How long has he been organising and encourageing burglaries at houses of the elderly? Well done to the police for taking the sort of action that actually traps these devious people. Not community policing or putting bobbies on the beat but it needs doing all the same. What a great idea. Who was responsible for catching these people?
Frank James, Torquay

The law clearly has no regard for peoples property or he suffering caused when it is stolen from them. If this is not sending a message that it is OK to steal, I don't know what is! the sentence is as shameful as the crime.
Dee, Paignton


A man has been jailed for handling stolen goods that once belonged to a relative of the Queen.

Tracey William Woods, 51 from Chislett Close in Sellindge near Ashford, was sentenced to six months behind bars after he was found in possession of more than 200 stolen antiques.

Some of the items were found to have once belonged to Lady Brabourne, daughter of the late Louis Mountbatten and cousin to the Queen.

It was discovered that many of the items were stolen during burglaries in 1998 and 2000 from her home in Mersham, near Ashford.

The antiques were seized after a search of Woods’ home was carried out in 2004.

Police then tried to find their owners, including placing them on a lost and stolen website organised by Greater Manchester Police and liaising with over 50 victims of crime who had reported similar items stolen both in Kent and Sussex.
Art Hostage comments:
Kenny Paterson gets 112 days jail-time because he is 71.
Real reason and cleverly disguised by the Judge, is because Kenny Paterson turned Sewer Rat and sung like a Canary to Police, who in turn gave the Judge a secret letter acknowledging Paterson was a Police Informant.
Tracey Woods get 6 months for 200 stolen antiques, some Royal, same reason as Paterson, Singing like a Canary for Tracey Woods, Sewer Rat number two.
Now we have Phil Capewell convicted of four charges so far, see two previous blogs, below.
Wonder if there will be a delay in sentencing Phil Capewell ?
This will allow Phil Capewell to Sing like a Canary, become a Sewer Rat, prompting Police to hand the Judge a letter ??
Upon another note, do you want to know who informed on Phil Capewell and his gang ???
Don't worry, this is already known in Brighton Underworld Antiques Mafia circles.
Consequences are the risk reward factor is so good for the Art and Antiques criminals, no wonder Art and Antiques theft is now the crime of choice for all manner of criminals, be they drugged up burglars right up to former armed robbers, who see the risk reward factor much higher than robbing "Cash in Transit" Security vans.
All will be revealed this week.........