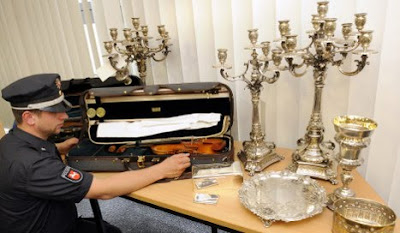 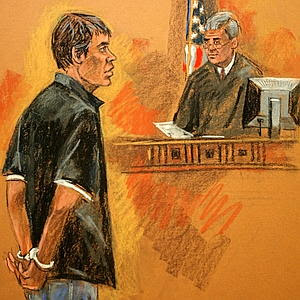 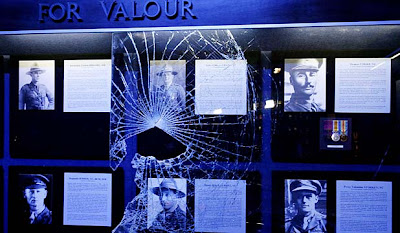 Police and public prosecutors in Hannover have solved the mystery of a spectacular art theft last year, in which a Stradivari violin and several other works of art were stolen from a mansion in Lower Saxony.

Police recovered the violin, which has an insurance value of €1.5 million and is believed to date from 1721, along with other pieces from the stolen collection on Tuesday, according to a statement released on Wednesday.

Despite strong security at the home, the thieves broke past a high wall and a moat on October 17, 2008 to take, among other items, the valuable instrument made by Italian luthier Antonio Stradivari, widely lauded as the most significant artisan of his field.

Two suspects were arrested on Tuesday by commando police officers in Hannover, and a further two accomplices are under suspicion, a spokesman told news agency DDP. The men all come from the city, and were known by the police for other property thefts.

If accused in the gang robbery, all four men face up to ten years in prison if convicted.

Agents had long suspected the pieces might be found once the thieves sought money for the items, and were set on the trail to the accused after a man tipped them off eight weeks ago. Authorities then arranged a bogus transaction to locate the robbers, offering €500,000 for all of the stolen goods.

All of the booty from last October’s theft was then recovered from a Volkswagen “Bulli” transporter van in Hannover-Linden.

The owners of the recovered items, the Bennigsen family, said they were “overjoyed” and “eternally grateful” for the return of the objects, a police statement said.

“It is fantastic that these articles, with such great historical value, have found their way back home,” head of the house, Baron Roderic von Bennigsen, told news agency AP.

There was nothing artful about this crime.

A Brooklyn couple was busted trying to sell a painting stolen off the wall of a Manhattan museum to an undercover cop, authorities said.

Denis Ryjenko, 35, and his girlfriend, Natella Croussouloudis, 42, were arrested Sept. 3 as they tried to unload a small masterpiece, "Himalayas," by the prolific early 20th-century Russian artist Nicholas Roerich.

The $125,000 painting had disappeared along with a second work by Roerich on June 24.

The second piece -- titled "Talung Monastery" and worth $70,000 -- was mysteriously returned by mail to the Nicholas Roerich Museum on West 107th Street on Aug. 14.

But investigators caught wind that the couple had "Himalayas" when an informant told them the pair had been showing it off in their Midwood apartment, saying they were hoping to sell it for $40,000.

The informant told the couple he would help introduce them to a buyer, who was actually an undercover officer posing as an art collector.

On Sept. 3, Ryjenko and Croussouloudis -- carrying the painting in a blue paper shopping bag -- traveled to a Lower East Side Starbucks to meet with the detective, police said.

While Ryjenko waited outside, Croussouloudis met with the phony collector and asked for $20,000 for the painting. She even warned him that the work of art had been stolen and that he would be unable to freely display it in his gallery, police said.

The cop then asked her to come with him to his gallery where he would give her the money. As she and Ryjenko walked with him up Allen Street, they were arrested.

A law-enforcement source said the couple denied having stolen the painting.

But Ryjenko, who has a long criminal record, pleaded guilty in Manhattan Criminal Court yesterday to criminal possession of stolen property in return for four months in jail.

"I knew it was stolen," he told Judge Anthony Ferrara. "I didn't know if it was real or not."

Croussouloudis, who is a German national, according to Correction Department records, waived her appearance and was held on $20,000 bail.

The landlord of the building where the two had been living said they owed $7,500 back rent and had recently had their power and gas shut off for failure to pay their bills

A man has pleaded guilty to the burglary of the Waiouru Army museum in 2007.

The man, who has name suppression, appeared in the Auckland District Court today and pleaded guilty to the December 2 thefts.

He was remanded in custody until October 8.

Another man still faces charges in connection with the incident when he appears in the Wanganui District Court for a depositions hearing on October 27.

An extensive manhunt and national outrage followed the theft of medals from a display case.

The Waiouru haul was huge. Among the 96 medals stolen were nine Victoria Crosses, including Charles Upham's VC and Bar - the only double VC decoration awarded to a combat soldier. Two rare George Crosses, an Albert Medal, a Distinguished Conduct Medal and Military Medal were also taken.

Even on a world scale, the Waiouru raid was unprecedented - comparable to the theft of major international artworks.

Going by overseas auctions in recent years, the haul was estimated to be worth $10 million, easily making it the biggest robbery in New Zealand criminal history.

Australian War Memorial Museum curator Nick Fletcher said at the time: "I don't think there's ever been a bigger theft than this before. No larger group of significant medals has been stolen like this."

The recovery of the medals was also significant.

It is believed that only one of the 15 other Victoria Crosses known to have been stolen worldwide since the mid-1800s have been recovered - and that one, stolen from the Canadian War Memorial Museum in 1973, was missing for 31 years.

British billionaire Lord Ashcroft, who owns the largest VC collection in the world - more than 140 VCs, or one in 10 of all those awarded since 1856, rates the Upham VC and Bar as the "Holy Grail."

Entry to the Waiouru museum was through a rear fire escape about 1.10am on a Sunday. The glass security cabinets were smashed, the medals grabbed and the theft completed within four minutes.

"It has been a long two years and this will be partial closure to that terrible event that happened in December 2007," he said.

He praised the police investigation, saying they had clearly done a good job.

Col Seymour said the medals had been back on display since October last year and their theft had the perverse effect of increasing their popularity with the public.

"Every cloud has a silver lining," he said.

"They are being proudly displayed and continue to be a real drawcard."

He said security had been improved following a review in the wake of the break-in.

Inquiry head Detective Senior Sergeant Chris Bensemann said it was extremely satisfying to get a guilty plea.
Posted by Art Hostage at 4:34 pm