Stolen Art Watch, Graff Jewel Heist, Round Them Up and Collar The Lot !!!! 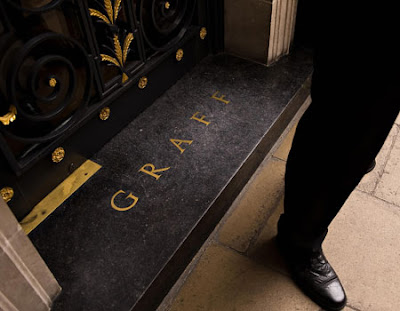 The £40million jewel haul stolen in the Graff heist is still missing, along with one of the main suspects, a court heard yesterday.
-
Police investigating Britain's biggest gem robbery have been unable to recover any of the £40m haul despite arresting six suspected robbers.
-
Not one of the glittering jewels, worth individually as much as £5million, has been recovered amid fears that one of the raiders still at large may have spirited them abroad.
-
The audacious raid of Graff Diamonds last month sparked a major manhunt, with six men charged in connection with the robbery to date.
-
But one of the two raiders who held up the Mayfair store at gunpoint is still on the run.
-
Yesterday Wimbledon Magistrates Court heard that flying squad detectives have so far been unable to recover any of the loot.
-
In a brief hearing as Benjamine (corr) McFarlane, 21, became the sixth person to be charged in relation to the robbery, Abigail Hill, prosecuting, outlined what happened during the robbery on August 6.
-
She said: 'The property taken was of the retail value of £40million. It is still unrecovered.
-
'One male is already in custody. One male is still outstanding.'
-
McFarlane, a tall black youth with corn rows, stood silently in the dock listening to the charges, while members of his family sobbed in the public gallery, blowing kisses and waving at the defendant.
-
Six suspects including McFarlane have now been charged with conspiracy to commit robbery.
-
A seventh man arrested in connection with the raid, a 50-year-old man who was held last week in Ilford, east London, has been released on bail pending further inquiries.
-
Despite the offer of a record £1million reward, Flying Squad detectives have faced a wall of silence from the underworld about the raid.
-
A 24-year-old man was being questioned by police on Saturday over the £40 million Graff jewellers robbery.
-
Police sources told The Times newspaper they believe the arrest to be 'significant'. Gunman Two perhaps ??
-
On Thursday a sixth man appeared in court over the robbery.
-
Benjamine McFarlane, 21, of Paveley Street, St John's Wood, north-west London, appeared at Wimbledon Magistrates Court in south west London accused of conspiracy to commit robbery.
-
Courtney Lawrence, 30, of Ladbroke Grove, central London; Gregory Jones, 29, of Elgin Avenue, Harrow, north-west London; Jamal Mogg, 42, of Westby Road, Bournemouth; Solomun Beyene, 24, of Lilestone Street, St John's Wood; and Craig Calderwood, 26, of no fixed abode, appeared at Kingston Crown Court on Tuesday.
-
They are all accused of conspiracy to commit robbery. Beyene and Calderwood also face one firearms charge each.
-
All six men have been remanded in custody and will next appear at Kingston Crown Court on October 23.
Posted by Art Hostage at 2:57 pm