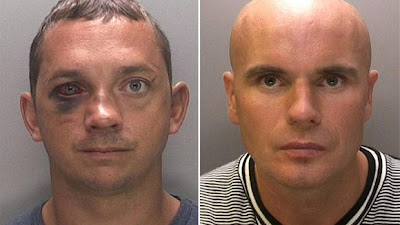 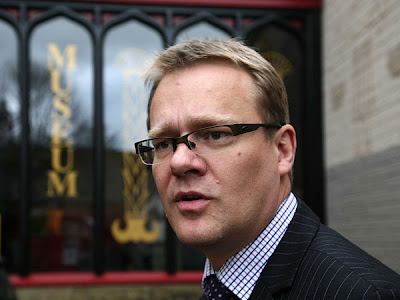 POLICE and the Crown Prosecution Service were at loggerheads last night over who ordered the release of one of the chief suspects in a £2m antiques theft.

The suspect, who was being questioned in connection with a robbery at the Oriental Museum, in Durham City, has since vanished and a nationwide manhunt is under way.

Lee Wildman, also known as Jason Green, was arrested after an organised crime gang tunnelled through the wall of the museum and stole two rare artefacts from the Qing dynasty, an 18th Century jade bowl and a Dehua porcelain figurine. The 35-year-old suspect, one of five arrested over the Easter weekend, was given bail on Monday.

The Northern Echo understands police in the West Midlands tried to re-arrest him on Tuesday night for further questioning, but he escaped and has not been seen since.

Last night police and prosecutors disagreed over who made the decision to release him. Detective Superintendent Adrian Green, who is heading the investigation, said: “He has been arrested, he has been interviewed he has been bailed and now we wish to interview him again.

“He is wanted and we will be making inquiries to trace him and re-arrest him.

“The evidence was felt by some not to be strong enough to justify his charge.

“The police do not decide on charging anymore.”

However, the Crown Prosecution Service rejected any insinuation that its lawyers made the decision to release Mr Wildman, insisting it had given police the go-ahead to charge him.

“The first reviewing lawyer concluded that the police had not yet provided enough evidence for the CPS to decide whether or not this suspect should be charged, and recommended that further evidence be sought while the suspect was on police bail.”

“A more senior lawyer looked at the matter after the police appealed the decision and agreed with the first lawyer.”

However, when the second CPS lawyer spoke to police about his decision, more evidence came to light which, it is believed, prompted a change.

The CPS said: “Within ten minutes of considering this new information, the senior lawyer was able to conclude that there was sufficient evidence to charge the suspect under the threshold test and that, on balance, there was, therefore, enough evidence to charge while the police gathered more evidence for a full charge. The lawyer communicated this to the police immediately and with 13 minutes remaining on the custody clock time limit.”

Regardless of whoever let the suspect go, the police are now in the embarrassing position of trying to find him again.

Det Supt Green said the other man he wants to speak to is 32-year-old Adrian Stanton, who is also from the West Midlands.

Forty officers are working on the investigation to trace the gang who created a 3ft hole in the wall of the Malcolm Mac- Donald Gallery of the Durham Univ e r s i t y - owned museum at 10.40pm on Thursday.

They used hammers and chisels, taking 40 minutes to break through the wall, before crawling into the gallery.

Once inside, they found the exhibits, smashed the glass cabinets and were out in less than a minute.

Det Supt Green said: “I would expect they would be looking to get them out of the country as soon as possible.

They may well be heading for auction in other countries.

Unfortunately, they may have been stolen for a criminal and may never appear on the market.”

Police also want to trace two black men and a man with olive skin, aged between 16 and 24, who spoke with London accents and visited the museum on Thursday.

Police believe the men were staying in an empty property or rented accommodation, such as a hotel or guest house, and want to hear from landlords who may have found dumped clothes or tools, or know where their cars may have been stored.

They are working with West Midlands Police to trace Mr Wildman, who is from Walsall and Mr Stanton, whose last known address was a flat in West Bromwich Street, also Walsall.

Three men, aged 56, 41 and 27, as well as a woman aged 34, all from the West Midlands area have been arrested, questioned and released on police bail in connection with the burglary.