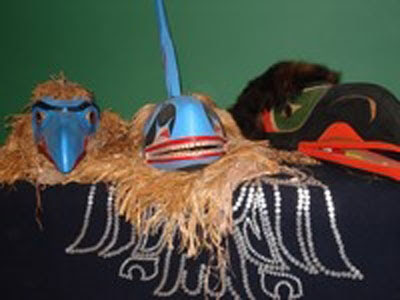 The owner of stolen Native art has been reunited with their precious belongings thanks to the actions of a Good Samaritan.

Several hand carved Native masks and jewelry worth over $25,000 were stolen from a break-and-enter into a Chilliwack home in February.

On Thursday last week, a Good Samaritan turned some of the stolen masks to the Chilliwack RCMP.

The man said he had purchased them about a month ago at a flea market in Abbotsford.

He has heard about the theft and believed the masks he had purchased were the ones that were stolen, so he decided to return them.

"Although numerous items from the break and enter are still outstanding, the family of the stolen goods was very emotional and thankful with the work done by the police, the extensive media attention, and to the man who turned the masks in," said Corporal Tammy Hollingsworth in a release.

Hollingsworth says the man paid several hundreds of dollars for the mask, but returned them nonetheless.

She says the masks hold a lot of spiritual and sentimental value to the owner.

The Chilliwack RCMP are asking anyone who has purchased any Native art recently or have seen some for sale to give them a call as the investigation into the theft is still continuing.