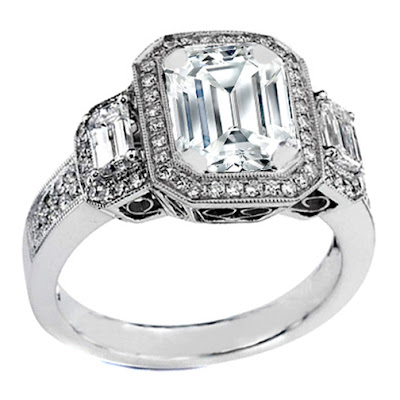 TWO “extremely precious” rings worth £15,000 each have been stolen from a 77-year-old woman’s home in Dunstable.

The woman had left the rings on the bathroom windowsill of her Union Street home at about 10am on Thursday March 29 – when she returned an hour and a half later they were gone.

One ring bears a rectangular three carat emerald-cut diamond with ‘baguette’ diamonds down the shoulders of the platinum band.

The second features a round cut four carat diamond set on a platinum band.

Jewellers and antiques dealers are advised to be on the look-out for the items, which are both over 50 years old and are of particular sentimental value.