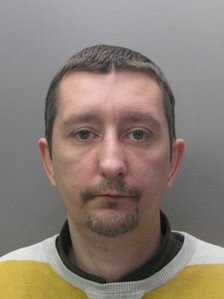 A man has been jailed for two-and-a-half years after selling silverware stolen from a Cambridge college.

Scott Thomas, 37, of Mount Pleasant Walk, Cambridge, was jailed at Cambridge Crown Court for handling stolen goods and 17 other offences.

He was arrested after selling three silver altar pieces, taken from Corpus Christi College chapel in January, to an antiques dealer in the city.

Police believe three other pieces of stolen silverware were melted down.

A college spokesman said their value was difficult to determine because of their age, but described them as irreplaceable.