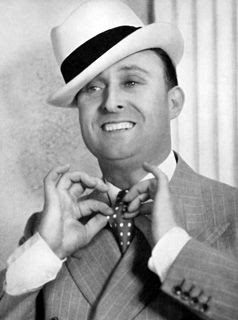 http://news.bbc.co.uk/1/hi/england/manchester/7629904.stm
A man has denied stealing Lowry paintings worth more than £1m from the home of a collector.

Casey Miller, 23, of Constable Walk, Denton, Manchester, pleaded not guilty to robbery when he appeared at Manchester Crown Court.

Five artworks were allegedly taken, together with Lowry's palette and brushes, from the home of Ivan Aird in Cheadle Hulme, Stockport, in May 2007.

Mr Miller was remanded into custody and will go on trial on 16 February.

LS Lowry, born in 1887, is famous for painting scenes of life in industrial northern England.

Art Hostage comments:
Now, there's a funny thing.
Max Miller was from Brighton, unlike young incarcerated Casey.
It is to Brighton if these Lowry paintings are to be returned, why ?
Well, in the good old days when a high value stolen artwork "Had" to go back, Sussex Police Antiques Squad would put the word out that the said stolen artwork could be handed back and the person handing back the stolen artwork would get a comfort letter to hand to the insurers so a reward could be paid, on the quiet of course.
Stolen art from all over the country ended up in Brighton and items that become "Too hot to handle" were handed back and rewards were collected.
This kept everyone happy, Sussex Police Antiques Squad, because they could solve most art crime by recovery of the stolen art, sometimes the odd drug addict burglar would be thrown to the Wolves, looked after in jail and given a few thousand upon release, the Brighton antiques mafia could get on with their everyday dealing in stolen art and antiques and the Sussex Police Art and antiques squad became the most successful Police Squad in Britain.
Now, with the so-called new system, no stolen art is ever handed back, only the odd sting operation now and again, intelligence gathering on crime is down 90% and like the money markets there is an information crunch.
Yes we may see the very big cases solved, as resources are utilised because of political pressure, but the tidal wave of everyday art and antiques theft goes on unabated.
If the Brighton model circa 1965-1998 were to be implemented in this case the Lowry paintings would surface quicker than you could say: "show me the money"
Upon another note, the £70,000 reward offer may not be enough to tempt those who may be able to help in this case, especially as the payout by insurers has been advertised as £1.5 million.
Now, any fool knows assistance in recovery of, say a debt, is 30-40%, so 10% would be regarded as a bare minimum, that would be £150,000 in the Lowry case, with 30% being £450,000 and 40% being £600,000.
Worth considering don't you think ???
However, authorities are pining their hopes on Casey Miller getting found guilty and receiving 10 years jail, and another 10 years added if the Lowry paintings don't get returned, jailed for total 20 years.
That's OK if Casey Miller has control of the said Lowry paintings, not just the token gestures.
Posted by Art Hostage at 9:14 pm No comments: 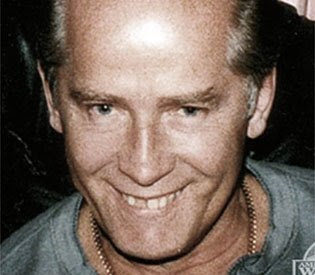 The FBI are to announce the doubling of the reward for the capture of Whitey Bulger to $2 million.

Today being Whitey Bulger's 79th birthday seems ironic, but this is all starting to take shape.
The word is someone is prepared to drop a dime and give up Whitey Bulger but they wanted more than the original $1 million offered.
They told the FBI as much and wanted the FBI to go public with the new reward offer.
The FBI have reluctantly agreed to make public the new improved $2 million reward offer for Whitey Bulger hoping the informant will now be satisfied and finally give the location where Whitey Bulger can be found.
This was all meant to happen before the end of August without the FBI having to publicly state the reward offer being doubled.
So, expect Whitey Bulger to be arrested shortly, and the circumstances surrounding the arrest and the subsequent reward claim will be just as amazing.
Where will it be, Donegal, Galway, Bantry Bay, or did Whitey Bulger escape to South Africa recently ??? ssh, or could Whitey Bulger be in the UK down the road on the South Coast, even across the English Channel in France, behind the beard ??
Update:
Whitey Bulger has been sporting a full facial beard just like that of Radovan Karadic, the Serbian war criminal.
- 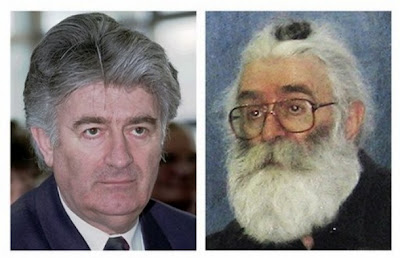 Breaking news
-
Memo to Joe Pistone !!
-
Joe, please remember Ireland is not New York and one of the guys you spoke to has been mouthing off whilst drunk about how he is going Hollywood when you arrest Whitey Bulger and recover the stolen Gardner Art.
-
Joe, you put on a good show but be careful as you may only get a copy of the Vermeer and a Whitey Bulger look-alike.
-
-
Now the demonisation in the eyes of the criminal underworld has taken place by the FBI revealing Whitey Bulger is also wanted on child molestation charges, the person who is already in negotiations can justify informing on Whitey Bulger as getting a child predator off the streets. All going to plan then.
-
However, some in Holland may tolerate these accusations against Whitey Bulger as they too have an unhealthy interest in children.
-
to be continued..............................................
Posted by Art Hostage at 4:27 pm No comments: 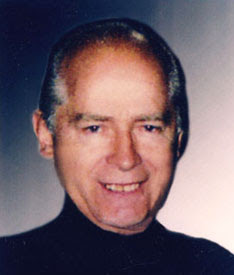 So, the law enforcement boast about Whitey Bulger being arrested by the end of August proves to be another false dawn.

However, perhaps a closer look at South Africa may be fruitful ??
Posted by Art Hostage at 4:39 pm No comments: