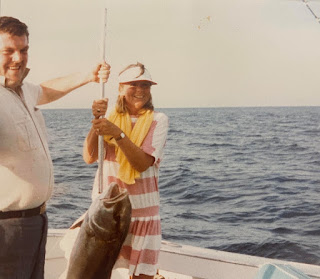 Ray Ives, aka Bubbles, passed away recently.
He never went hungry to say the least.
Seen above with a freshly caught snack, which he ate whole, whilst waiting for his 12 course dinner.

Turbo Paul Hendry was working on the knocker with Stephen "Mr Magoo" Boyle and bought a small Dutch oil on panel of an interior Tavern scene with name plaque on the frame "Hendrik Martinez Sorgh".
It was then Valued at the London auctioneers Phillips at £300-£500

Boyle family always want it all their own way, greedy bastards.

Well, Turbo Paul Hendry went to "Bubbles" and asked £500 for the Dutch oil on panel, "Bubbles" turned it down.

Turbo Paul Hendry then went to london and put it in Phillips auctioneers with an estimate of £300-£500.
On the day of the sale it turned out to be a "Sleeper" and realized, sold for, £28,000, yes, twenty eight grand lol

followed by never working with him again.

Back in 1982 Stephen Wadey was working with Alan "Dobby" Friend in London.
They bought a first period Worcester Dr Walls meatplate.

Six years later in 1988 Tony Margiotta was moving his jewelry shop from the Lanes into Prince Albert  Street and Turbo Paul noticed the Worcester Dr Walls meatplate on the bottom shelf in the window.

Turbo Paul then took the meatplate to Sotheby's in London who estimated it at £600-£800.

On the day of the sale two collectors of Worcester battled it out to £14,000
Happy days
Posted by Art Hostage at 7:43 pm No comments: