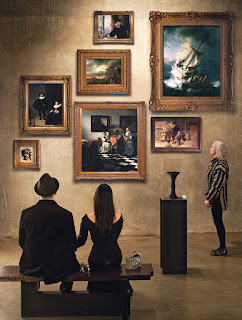 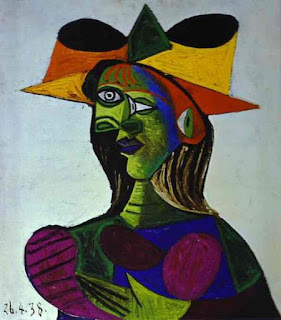 By Casey Sherman
https://www.bostonherald.com/2019/04/22/art-detective-eyes-ira-in-gardner-art-heist/
April 22, 2019 at 12:01 am
A celebrated Dutch art detective vows to recover missing masterpieces stolen from the Isabella Stewart Gardner Museum and return them to their rightful home after nearly three decades.
Arthur Brand, dubbed “The Indiana Jones of the art world,” tells me that he’s spoken with sources in direct contact with what’s left of the IRA.
They have convinced him some of the missing paintings are stashed away in Ireland, and the reason that no one has come forward to claim the $10 million reward offered by the museum is that those now in possession of the art do not trust the FBI to simply let them walk away with a windfall of cash with no questions asked.
“Members of the IRA only trust their mothers. That’s about it, so there’s a high level of skepticism,” Brand told me in a telephone interview from his home in the Netherlands. “The IRA and the Irish mob have been known to hold art hostage and use it as collateral to get prisoners out of jail. It’s what they do best.”

Recently, Brand made international headlines for finding and returning a $28 million dollar Picasso that was stolen 20 years ago from a luxury yacht in the French Riviera.

It was 29 years ago, in March 1990 that two thieves disguised as Boston police officers stole 13 art works from the Gardner museum including Vermeer’s “The Concert” and Rembrandt’s “Christ in the Storm on the Sea of Galilee.” According the museum, it’s the single largest property theft in the world. It’s also Boston’s most enduring crime mystery, now that Whitey Bulger’s been captured and was subsequently killed in prison.
Despite the potential IRA connection, the Irish mob boss had nothing to do with this one. Bulger’s protégé Kevin Weeks once told me that the gang wasn’t involved in the theft but shook every tree and beat down a few people in an effort to find the loot and cash in on it themselves.
Brand agrees that Bulger wasn’t the guy.
“At the time of the theft, the IRA was running guns from Boston to Ireland with and without Bulger’s knowledge,” Brand said. “The paintings were hidden on one of the vessels and they would remain in Ireland today.”
Brand’s theory isn’t shared by the FBI, which has gone to great lengths in its effort to recover the paintings. The feds launched a billboard campaign in 2014 to solicit the public’s help and have chased after a geriatric, wheelchair bound Connecticut gangster named Robert Gentile, who they have dubbed as a person of interest in the case.
The 82-year-old Gentile was released from his latest federal prison stretch last month, apparently without providing any information as to the whereabouts of the missing art.
“Gentile had every opportunity to cooperate with authorities and he has not,” Brand says. “That tells me the FBI is going after the wrong man.”

Some critics believe Brand is the wrong man for art enthusiasts to pin their hopes on. The art detective is not above getting his hands dirty and negotiating directly with underworld figures to recover stolen art. Naysayers claim Brand’s approach will encourage more art theft.

But aren’t Brand’s methods one in the same with those of the Gardner Museum?

The museum doubled its reward to $10 million for the safe return of the masterpieces, guaranteeing both confidentiality and anonymity to anyone who steps forward.

If that person is eventually Arthur Brand, you can bet it won’t be anonymous.

The art sleuth, who once recovered two missing bronze horses sculpted for Adolf Hitler, has cultivated a persona of derring do, using false identities to cozy up with hardened criminals who have led him to stolen art.

“Those who are hiding the Gardner paintings and are still distrustful of American law enforcement can contact me and I would be more than happy to return this world heritage to Boston,” Brand says.
The Boston office of the FBI will not comment on Brand’s theories, but encourage anyone who is knowingly in possession of the stolen artwork to return it to the museum and collect the $10 million reward.
Casey Sherman is the author of 10 books including “12: The Inside Story of Tom Brady’s Fight for Redemption.” Follow him on Twitter @caseysherman123

Art Hostage comments:
Personally, I wish Arthur Brand all the luck in the world in recovering the stolen Gardner art, however, I reserve my right to question the ethics, morality and legality of the other stolen art recoveries Arthur Brand and his criminal gang have made and continue to make.

I am sure the Irish Republican movement, IRA old and new, will not welcome the accusations from Arthur Brand, that they have the stolen Gardner art stashed away until they get paid the $10 million reward.
more to follow.................. 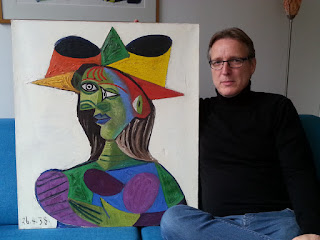 Yet to be revealed in the recovery of the stolen Picasso is the breakdown of payments made to the Criminal Underworld and the intentions of the insurance company who own the Picasso, after paying the Saudi Sheikh Abdul Mohsen Abdulmalik al-Sheikh U.S. $4.5 million/$4,500,000 back in 1999 when it was stolen. 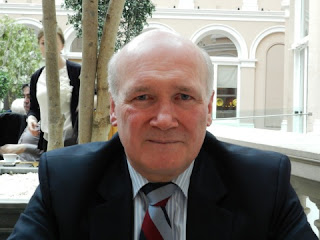 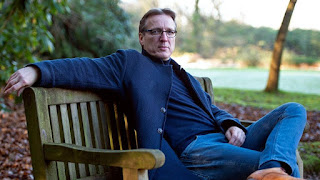 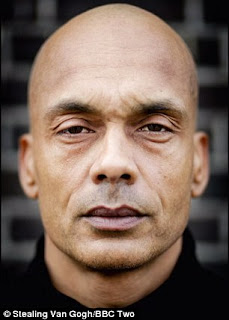 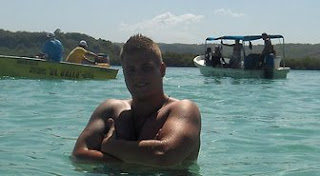 Rob Van Meeson, Frans Hals Thief, is a sidekick of Octave Durham, who was also present when the Stolen Picasso was handed to Arthur Brand and Dick Ellis got U.S. one hundred and fifty thousand dollars $150,000.00 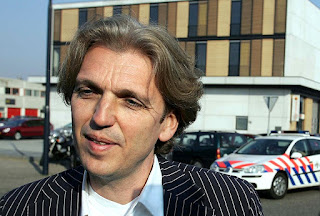 The insurance company on the premise of the passage of time intends to try and seek a further U.S. $3.5 million $3,500,000 from the Saudi Sheikh Abdul Mohsen Abdulmalik al-Sheikhbefore they return his stolen Picasso to him.

Meaning the Saudi Sheikh has to pay the insurance company a total of $10 million to get his stolen Picasso back.

This may seem attractive given the stolen Picasso is now valued at $28 million, however, the Saudi Sheikh might take exception at the payments to criminal underworld thieves and Organised Crime Godfather, and feel the demands of the insurance company excessive.

Plan B is for the insurance company to claim full ownership and then sell the stolen Picasso at auction for somewhere between $20-£30 million, giving them a net profit of between $12 and $22 million.

Either of the above scenarios could see the Saudi  Sheikh Abdul Mohsen Abdulmalik al-Sheikh resorting to litigation and legal action.

It must also be remembered that another Picasso from the same year and only dated, not signed sold in 2015 for $68 million, see link:
https://www.christies.com/lotfinder/Lot/pablo-picasso-1881-1973-buste-de-femme-femme-5895969-details.aspx

Law Enforcement globally has raised their collective eyebrows at the actual recovery of the Stolen Picasso, a classic Buy-back of stolen art, without arrests or initial scrutiny, which will intensify if and when the actual payment amounts, and who exactly the payments went to, are revealed.

It is possible Arthur Brand could end up being regarded not as the Indiana Jones of the Art World, but as the 21st century Jonathon Wild of the art world.
https://en.wikipedia.org/wiki/Jonathan_Wild

How did we get here?
Recall Arthur Brand has made several high profile, high value art recoveries over the last few years, not least the Tamara De Lempicka, and Savador Dali which were also the subject of  stolen art Buy-backs from criminals.
https://www.independent.co.uk/arts-entertainment/art/features/art-detective-arthur-brand-stolen-dutch-a7170401.html
In that case, once recovered, the Tamara De Lempicka was sold at auction for $9 million dollars and like with the stolen Picasso recently recovered, payments were made to criminals.
https://www.christies.com/lotfinder/Lot/tamara-de-lempicka-1898-1980-la-musicienne-6169487-details.aspx
Dick Ellis & Arthur Brand got 10% of sale price, $900,000 between them
Dick Ellis, as ever, got the Lion share.
Also, Arthur Brand recovered a Salvador Dali which sold see below link:
https://www.christies.com/lotfinder/Lot/salvador-dali-1904-1989-adolescence-6169468-details.aspx

Dick Ellis and Arthur Brand got 10% each for the Dali sale total $300,000
Arthur Brand used part of his share of the two above sales to pay some cash up front for the stolen Picasso, thereby allowing it to be released from the grip of the Organised Crime Godfather.

Once authenticated, the rest of the money for the stolen Picasso was paid to the two handlers, Octave Durham and Rob Van Meeson, and the Lawyer Arthur Van der Biezen representing the Organised Crime Godfather.

Dick Ellis history of buying back stolen art from criminals:

The mainstream media are playing catch up after the initial joy of the stolen Picasso being recovered, see links below:

Some of the 100+ gold boxes stolen from Lord Rothschild, Waddesdon Manor back in 2003 have been floating around the Dutch criminal underworld for years.
These could have been recovered years ago if payments were made to criminals.
The UK police and Law Enforcment warned Lord Rothschild and his agent, Charlie Hill, if he recovered his gold boxes by paying a ransom he could be in legal trouble himself.

Furthermore, The White Duck painting by Jean Baptiste Oudry stolen in Norfolk England, valued at $7.5 million and with a $150,000 public reward offered, has also been floating around the criminal underworld in the UK for years awaiting recovery, if the criminals get paid a ransom.

Not forgetting, the Ashmolean Cezanne valued at $10 million is available for 20,000 euros ransom via Charlie Hill, who was told if he recovered it would face possible prosecution.

Question is if any of these stolen artworks are recovered will the UK Police and Law Enforcement be as tolerant and forgiving as Dutch and French Police in the stolen Picasso case?

Alternatively, Arthur Brand can resort to being handed some looted antiquities stashed away by his close friend William Veres, to hand back for no fee, to deflect from the buy back of the stolen Picasso?
https://news.artnet.com/art-world/italian-police-crackdown-international-smuggling-ring-1313552
The Arthur Brand/Dick Ellis Extortion/Ransom Racket
Handing back looted antiquities for no fee gives cover to the high value buy backs of stolen art, which bring in huge amounts of cash.
Posted by Art Hostage at 1:03 am 27 comments: