Stolen Art Watch, A Funny Thing Happened on the Way to the Forum, Phil Silvers !!! 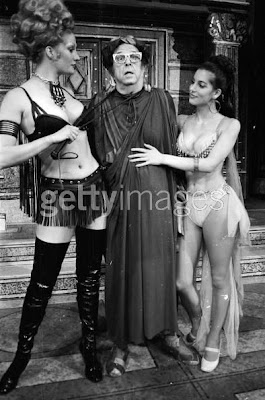 Hunt for haul of stolen silverware

Thieves stole a safe containing £25,000 worth of silverware from a church in Woodmangreen north of Midhurst.

The haul which includes 22 silver items including plates, dishes and goblets, were contained in a wall mounted safe in a small room inside St Luke's Church in Linch Road.

Detectives believed the theft could have happened anytime between Sunday 22 August from 11am to Friday 27 August at 2.30pm. It was only discovered that the safe was missing when the warden went to get the silverware out for the Sunday service and found it was missing.

Detective Constable Della Puttock said: "This was a large valuable haul of silverware which were stolen from a rural, unmanned church.

Two men have been jailed for ram raiding a Petworth antiques shop during a burglary in January earlier this year.

Henry Philips, 34, of Camp Way Maidstone, Kent, and Stephen Oliver, 40, of Thanet Way, Whitstable, Kent, were both sentenced to 4 years 9 months at Chichester Crown Court on Friday 27 August, after pleading guilty at a previous hearing to burglary and aggravated vehicle taking. A third man, Clinton Letchford, 27 from Sittingbourne in Kent was also due to be sentenced, but failed to appear.

Members of the public called police after hearing a van crashing through the front doors of the antique shop and saw masked men entering the premises. The stolen Suzuki van was then seen driving off and was quickly located abandoned on the outskirts of Petworth, still containing goods stolen from the show room of Anthony Short Antiques, valued at approximately £30.000.

Police identified and quickly sighted a second getaway car leaving Sussex and heading into Surrey. A high speed pursuit took place as officers from Surrey attempted to stop the vehicle as it drove in excess of 145 mph along the M25 heading towards Kent where all three suspects lived. The second getaway car, a high performance Volvo, crashed in Chertsey, Surrey, where Letchford, Oliver and Phillips were arrested.

Detective Constable Jason Vickers said: "I would like to thank members of the public for their prompt action in immediately snitching to police at the time of the burglary and Surrey Police for their help in the arrests. CCTV in Petworth played a vital part in the investigation, capturing images of the offenders and getaway car the previous day when they were scoping antique shops in Petworth in preparation for the burglary. These men endangered lives and have suffered the consequences of their actions."