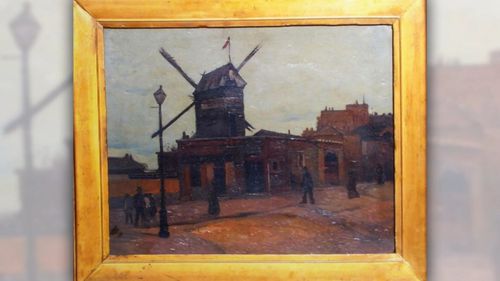 https://www.9news.com.au/national/victorian-art-buyer-vincent-van-gogh-possible-painting-bought-geelong-market-investigation/2b2c2b4a-74f1-48c7-aa07-cfb768e03f86
A Victorian who bought a painting from a Geelong market for just $60 may have unknowingly pocketed an artwork worth tens of millions created by iconic artist Vincent Van Gogh.
The painting of a windmill, which bears a striking resemblance to other artworks confirmed as being created by Van Gogh, was picked up by an anonymous buyer and is now being kept under lock and key somewhere in Melbourne.
Art historian Andrew Mackenzie is now investigating the curious art case under the belief that Australian artist John Peter Russell — an arts school friend of Van Gogh himself — may have brought some of the famous works home with him.
"Van Gogh said 'choose a couple from my studio before you go back to Australia', so it could well be that this is one of those," Mr Mackenzie said.
The historian says he has already shown the painting to the National Gallery of Victoria and it has undergone a "macro photography analysis" at Monash University.
"It also showed up the way it was built underneath, which was very much in the style of Vincent Van Gogh," Mr Mackenzie said.
"It it is proved to be a Van Gogh, it will be probably one of the most valuable works in Australia." 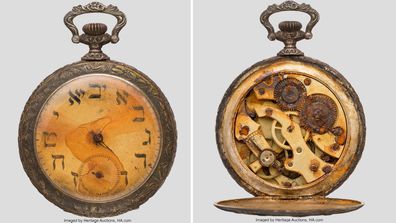 Pocket watch recovered from Titanic passenger sells for over $78,000
View Gallery
The discovery comes years after a previously unknown Van Gogh artwork was found stowed away in a Norwegian attic.
Posted by Art Hostage at 7:09 pm No comments: