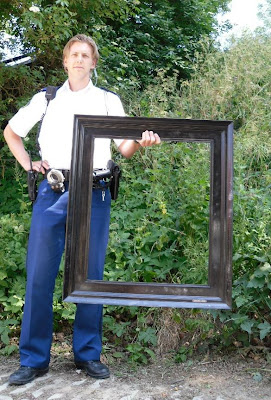 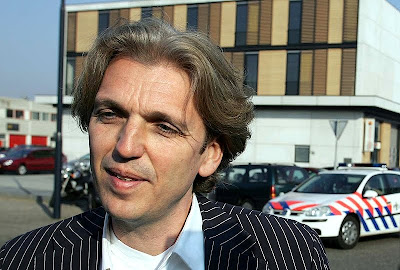 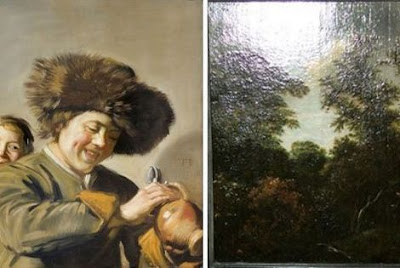 Police find stolen list Neck
The list of one of the two valuable paintings that were stolen Friday from a museum in Leerdam is found. Police found the list of work "The two laughing boys, one with a fur cap and a neighbor jar" by Frans Hals in a hedge in a residential area. Of the cloth itself and the other stolen painting, still lacking any trace.

The list of the painting by Hals was based on a tip found in the Princess Beatrix Street, a few blocks away from the museum. Many more tips, the police have not received. Police would like to know if anyone has seen or heard of a radical in the vicinity of the museum, the courthouse of Mrs. Van Aerden at Kerkstraat or around the location of the list.

The theft of the work of Hals and 'woodland scenes with flowering elder' of Jacob van Ruisdael found Friday around 03.00 noon. Museum staff warned the police after the alarm sounded. When the police arrived, the thieves were already gone.

The police Zuid-Holland-Zuid is still looking for information in the investigation into the art theft in Leerdam.

This is the case on Tuesday evening 31 may be shown in the program Invited Detection. The program is to see 21.25 hours on Ned 1.

The burglary was Thursday night on Friday 27 may at 03: 00 pm in the museum of the Hofje van Mrs Van Aerden committed. The painting "the two smiling boys, of whom one with a fur hat and a beer jug" from Frans Hals and a painting named "Bosgezicht with flowering elderberry" by Jacob van Ruysdael were taken.

Staff of the museum reported to the police after the alarm went off in the building. The police did near-and trace research, this has already yielded a handful of tips that should be examined.

On Friday 27 May became one of the lists in a hedge on the Princess Beatrix Street by a witness recovered. The list of dimensions 91 × 79 cm. (see photo) is confiscated for investigation.

Witnesses call one of the informants talks about a dark-colored Mercedes at BMW who just after burglary with high speed the Tiendweg towards Kedichem reed.

It is possible that other witnesses on that route have seen or heard something. In addition, it can be that people have seen something on the Princess Beatrix Street set list.

It is possible to run the route as shown on the attached map. Witnesses who know something of the art theft are invited to log on to the recherche in Gorinchem on telephone number 0900-8844 or via Sign Crime anonymous: 0800-7000.

The missing paintings are now among other sightings in an international database for stolen art.

This is a direct translation of the latest news on the Frans Hals Heist above.

Seems the frame of the Frans Hals painting has been recovered nearby the museum which lends one to think it was discarded in the getaway.

Now, motive could lead to the recovery and if that motive is for concessions on other criminal matters, then a deal may be worked out behind the scenes.

If, as Ton Cremers pointed out earlier, Danegeld is the motive then the recovery may be more difficult to achieve and in the meantime the paintings could be used as collateral within the criminal underworld.

Still, as Art Hostage suggested from the get-go, Arthur van der Biezen and his clients, Willem Holleeder, Rob Meesen and Dino Soerel could offer assistance if they were offered incentive's, so to speak.