Stolen Art Watch, Lee Collins The Truth Behind The Myth 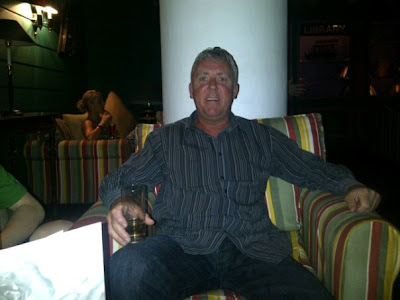 
Art Hostage has discovered the truth behind the myth about Lee Collins.

First of all back in 2006 there was a trial at Southark Crown court where working class Lee Collins was accused of duping high profile, Upper Class people out of high value art and antiques, despite the undisputed fact Lee Collins paid good money for them.

In some instances he paid tens of thousands of pounds for antiques and admittedly doubled his money.

However, throughout the art and antiques trade the accepted profit margin is three-four times or 300-400% profit.

The jury in the Southark crown court case accepted this and acquitted Lee Collins.

Subsequently, Police have been targeting Lee Collins ever since and they, together with prosecutors have over-egged any complaint to try and get convictions against Lee Collins.

The first chance came in 2010 when Lee Collins bought some jewellery from a woman in Portsmouth and she complained he had stolen some articles.

However, this confused elderly lady was encouraged to give evidence against Lee Colllins and he was convicted and sentenced to 10 months jail.

Having served his time Lee Collins went about his business and again another elderly lady, confused, was convinced to make a complaint against Lee Collins that he stolen some jewellery and did not pay her full £80 for jewellery she had agreed to sell to him. Instead she alleged Lee Collins only gave her £60.

There was a first trial in May of this year 2012 and the jury could not reach a verdict and in normal circumstances the Prosecution would have left it at that.

However, because of the pursuit of working class Lee Collins the Prosecution went for a retrial and this week at Harrow Crown Court has seen Lee Collins convicted and given 16 months jail plus 4 months jail for breaching a previous suspended sentence. Total is 20 months jail.

The moral of this tale is when Police/Prosecutors get the bit between their teeth they will move heaven and earth to get a conviction no matter how unsafe and how unjust.

When the banks steal millions from pensioners pension funds they get bailed out by the govt, but when a working class antiques dealer buys antiques from the Upper classes they get pursued until they are convicted and jailed.

There are two sides to every story and this is the one you normally never hear.

Leebo is a great bloke , hard working, and a good caring family man .

I agree with the above comment he did not stand a chance , and I am sure (they). will not leave him alone when he gets out of prison .

Poor bloke. Repeatedly jailed for giving OAPs a great deal on their valuables.

What is this now? Eighth time in nick?

What an injustice eh

Lee had a very small penis as was confirmed in an early three way, he was never Full Forest as he claimed.

I do not think discussing Lees appendage is fair be it little or large to him it is a priceless antique !!!