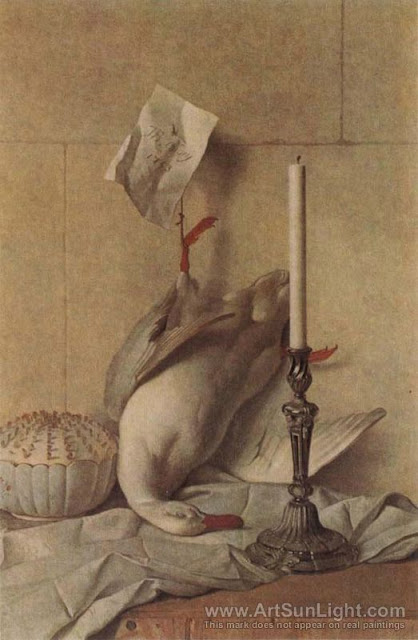 Art Hostage has learned that Charlie Hill has been in negotiations to recover the Oudry White Duck Painting stolen from Houghton Hall in 1992, the Norfolk home of the Cholmondeley family, and those negotiations are at an advanced stage.

Charlie Hill is trying to recover the Oudry White Duck in the same fashion as he did with the Titian stolen from Longleat and recovered by Charlie Hill back in 2002.
http://www.guardian.co.uk/uk/2002/aug/23/arttheft.arts

However, Police are aware of Charlie Hill's current efforts and have him under surveillance and as soon as the Oudry White Duck is revealed, they will swoop and make arrests and also demand no monies, I repeat no monies are paid out for the recovery of the Oudry White Duck.

This comes as Charlie Hill has also been making advances in the Gardner art Heist by visiting a convicted criminal in Ireland and claiming that criminal has access to the Gardner art and all he wants is for the remains of his dead brother to be repatriated to Ireland.

Far fetched as the Gardner Art Heist aspect seems, the Oudry White Duck aspect of that news has been confirmed by sources close to the negotiations.
Posted by Art Hostage at 8:29 pm