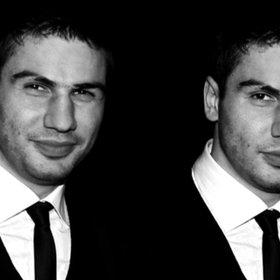 Ruslan Karaev was never what you might call a star in K-1, but he was a name fighter with victories over Kyotaro, Badr Hari, and Stefan Leko. However, after a 2009 loss to Badr Hari at the K-1 World Grand Prix Final, he's been largely inactive. Now he's back in the news, and for all the wrong reasons.
In October of 2012 seven paintings (Pablo Picasso's 1971 "Harlequin Head;" Claude Monet's 1901 "Waterloo Bridge, London" and "Charing Cross Bridge, London;" Matisse's 1919 "Reading Girl in White and Yellow;" Gauguin's 1898 "Girl in Front of Open Window;" Meyer de Haan's "Self-Portrait," around 1890; and Lucian Freud's 2002 work "Woman with Eyes Closed.") were stolen from the Kunsthal Gallery in Rotterdam, the Netherlands. Three Romanian men were arrested under suspicion of the theft, and while speaking with prosecutors one of them dropped a very interesting name, Ruslan Karaev.
Radu Dogaru was arrested, after allegedly taking the works to the curator for foreign paintings at the Romanian National Art Museum to be valued. While under questioning he apparently told authorities that he gave four of the paintings to K-1 kickboxer Ruslan Karaev. European coverage of the story suggests that Karaev may have ties to organized crime in Russia, ties which have kept him out of competitive kickboxing.
However, at the moment there is little clarity, as sources have been unable to confirm Dogaru's statements.


The 19-year-old Romanian woman who was stuck on suspicion of involvement in the robbery from the Kunsthal in Rotterdam, has helped in Romania in detecting the paintings. That's her lawyer Martin Iwema said Wednesday.
The woman was released Wednesday after having been fixed. Than 6 weeks Natasha T. in the period was approximately 15 hours 'intensive' interrogated by the police.
Police hoped that the woman could help with the recovery of the seven paintings among others Gauguin, Monet and Picasso representing one million value. The Romanian is the girlfriend of D. Radu, who along with several co-defendants stuck in Romania.
Two months after the art theft, which took place in October last year, Natasha went to Romania. She visited there among others the mother of Radu D. That would in that period of her son have received 'that stuff' out of the house to take away. A call "The suspect was referring hence a bag with precious cloths. Mother Olga D. brought the bag along with Natasha to another address in the village, "says Iwema.
According Iwema has his client led police to the address where they had left the bag. Iwema want to give any details about that location. 'T. wanted to protect her friend and was not trying to make money. "the cloths On the evidence of T. Moreover, no new suspects are arrested.
Unfindable
So far, the artworks not found. There are rumors that they are burned, but there are different scenarios the round. Iwema does not exclude that there are negotiations about the location of the paintings in exchange for reduced sentences. According Iwema involves petty thieves "who happen easily running into an open door of the Kunsthal.
They would not have picked the canvases, the value or name but the works were especially easy fit in the suitcase. They all had about the same size. The lawyer states that the Public Prosecutor (OM) actually has no case against T. The woman, who worked in prostitution, would not have been aware of the plans of the group of men to steal the paintings. Iwema: "They did not see her as a full partner. She is held by the robbers deliberately outside the plan. "
Posted by Art Hostage at 1:54 am