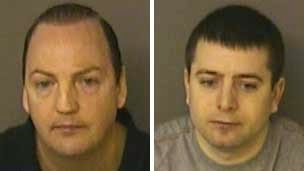 GARDAI seized hundreds of thousands of euro worth of pieces of stolen art when they searched a house in west Dublin late on Thursday night.

Officers from Pearse Street Garda Station made the "highly significant discovery" at a property in Ongar and are now trying to identify the valuable stolen items.
About 60 pieces of art including paintings, statues and rare books were seized by officers at the home of a notorious criminal who has previous convictions for stealing from stately homes in England.
This criminal is currently in custody awaiting trial in a separate case but the house is occupied by a younger close relative who also has similar criminal convictions.
Sources say gardai estimate that one of the paintings they have recovered is valued at between €50,000 and €70,000.
APPEAL
Last night, gardai had only identified around half a dozen of the pieces of art and they expected that a public appeal will be launched next week in an attempt to trace the owners of the items.
A senior source told the Herald: "There were works of art in every room in that house – it was some sight. The property has a large attic and that was filled with paintings. Some of these are originals while others are less valuable prints.
Of the stolen items that have already been identified, gardai believe that they have been stolen from locations in Dublin and Belfast, some as long ago as 2007.
When officers arrived at the house in Ongar, they made contact with the man who is aged in his 30s and lives there and he agreed to go back to the property and gardai entered it.
This man is known to gardai and like his older relative is a key target of the National Bureau of Criminal Investigation's Arts and Antiques unit.
It is understood that he has experience in the antiques business. His older relative has been an even bigger target for gardai and in 2009 he was jailed for three years after he admitted burgling six stately homes.
He stole paintings, ornamental lions, porcelain vases, figurines, expensive books and an antique walking stick during a four-day crime spree and English police discovered that he even had the addresses of the stately homes keyed into his car's sat-nav.
He also had a walkie-talkie which he used to communicate with his accomplice who fled the scene in a car.
Using CCTV footage, police traced the car and found a sat-nav system which had been pre-programmed for the six stately homes.

A suspected member of the infamous Pink Panthers crime gang has been arrested by Dubai Police.
Yuri Harris, 53 (left), is one of two British men detained over a Dhs1.4 million robbery outside a bank in Dubai. General Expert Khamis Mattar Al Muzaina, head of Dubai Police, said the incident happened on Sunday morning on Bani Yas Road after two Indian men had cashed three cheques worth Dhs1.43 million. One of the men went into the bank and put the cash in a black bag. He returned to the car where his friend was waiting and put the bag on the backseat.
He said a man claiming to be a CID officer then knocked on the window and said they were parked illegally. The man said he was going to write a ticket and asked them to step out the car.
After they got out, a passer-by yelled that someone else had opened the car door and stolen their bag. The supposed cop fled and the two Indian men and the Pakistani witness chased after him and restrained him before calling the police, Al Muzaina said.
Officers arrested the suspect, who has been named as Steven Oliver, 49, and dozens of policemen swept the area for his suspected accomplice, who had fled with the cash.
“Within less than 24 hours, we received information that the second thief, called Yuri Harris, was seen behind Crowne Plaza hotel on Sheikh Zayed Road. We arrested him and found the money in his luggage. He was planning to leave the country,” said Al Muzaina.
He added Harris said during interviews the pair had visited the UAE many times and noticed people shopping and visiting banks carried large amounts of cash.
“They said that it’s not common in their home country to see people with lots of cash so they planned their crime,” Al Muzaina added. “They are professional thieves that have a long criminal record going back 30 years.”
The force said Harris earned more than £500,000 (Dhs3 million) a year from robberies and was sentenced to seven years in prison in 2010, although he was released early. UK media reported that he is a member of Pink Panthers gang, named after the cartoon character. The gang are responsible for heists across the world, including one at Wafi mall in Dubai in 2007.
“I want to tell the Pink Panthers that it’s better for them to stay away from Dubai as we have the ability to arrest them and foil their crimes,” said Al Muzaina.